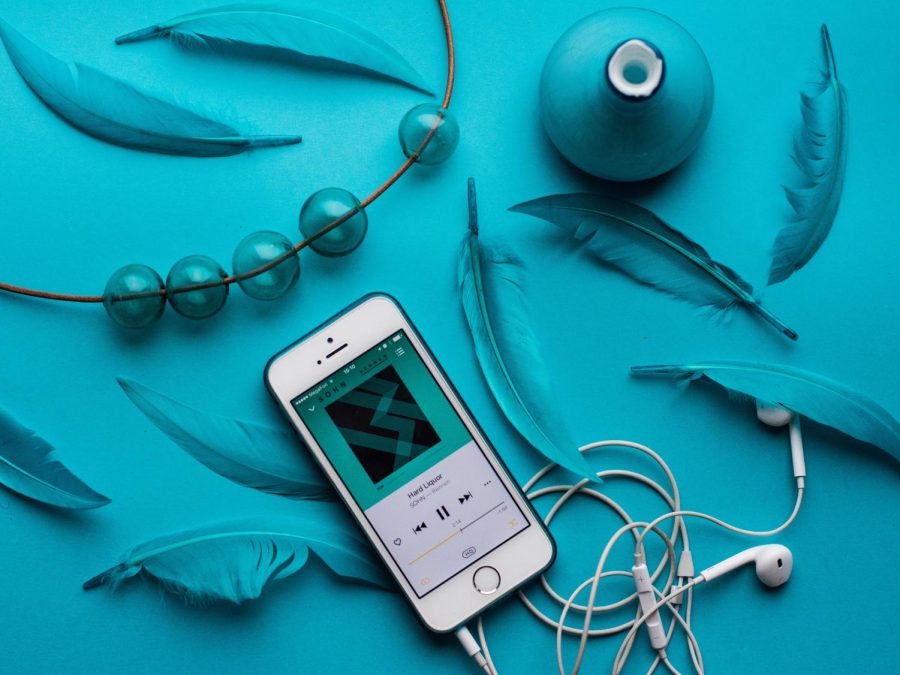 Music has always been a vital part of the human experience. It is often about expression, emotion and energy, and has been used to inexplicably bring people together throughout history. Now more than ever, music is continuing to play a starring role in human connection.

As teenagers, it’s safe to say that the quickest and easiest coping mechanism to turn to comes in the form of Mp3 files. On YouTube, there exist playlists for all kinds of oddly specific moods: it’s 3 a.m and you will never be 13-years-old again. Songs for when you want to lie in a forest and let the moss grow over you. Crying at the kitchen table because you don’t understand how math works and your dad keeps yelling at you. Experiences that, at first glance, don’t seem universal – but these playlists get hundreds of thousands of views.

“I’ve found that music helps to keep me in the present in the middle of so much chaos,” says grade 12 student, Caitlin Devion. “I listen to playlists on Spotify that have been curated in the last few months specifically for the quarantine period, and it just feels like someone out there gets it.”

Why do these playlists get so many views? Easy, music has always worked to bind people together because we are not as different as we like to think we are, and that can be extraordinarily comforting at a time in our lives when our identity is still developing.

I listen to playlists on Spotify that have been curated in the last few months specifically for the quarantine period, and it just feels like someone out there gets it.”

The phenomenon works similarly in the middle of a global pandemic. There is a spectrum of how well people are coping but there are some feelings that we’re all experiencing. Disconcertion, frustration, anxiety, loneliness. So, we listen to songs that are familiar, that ground us, calm us and keep us company.

“I can’t see a lot of my friends right now,” laments Devion, “but sometimes I’ll send them a song. I’ll say ‘hey, this reminded me of you’, and it’s such a pure form of communication that it makes the distance easier.”

Various musicians have put out new music that have to do with their experiences so far during the pandemic. Some, like pop singers Ariana Grande and Justin Bieber, have gone down the route of expressing the feelings of being quarantined with a loved one in their single, “Stuck With U”. Others, like K-pop group TXT, have taken to relaying the frustrations of teenagers unable to make the most of their time in “We Lost The Summer”, the third track off their new album, Minisode1: Blue Hour.

In any case, it is clear that in a time of such uncertainty, music persists and binds the hearts of people all around the world. Listen to the oddly specific playlists, let music be a source of comfort, and don’t forgot that we are all going through this together. As Jason Mraz sings in “I’m Yours”, Listen to the music of the moment people dance and sing / We’re just one big family.