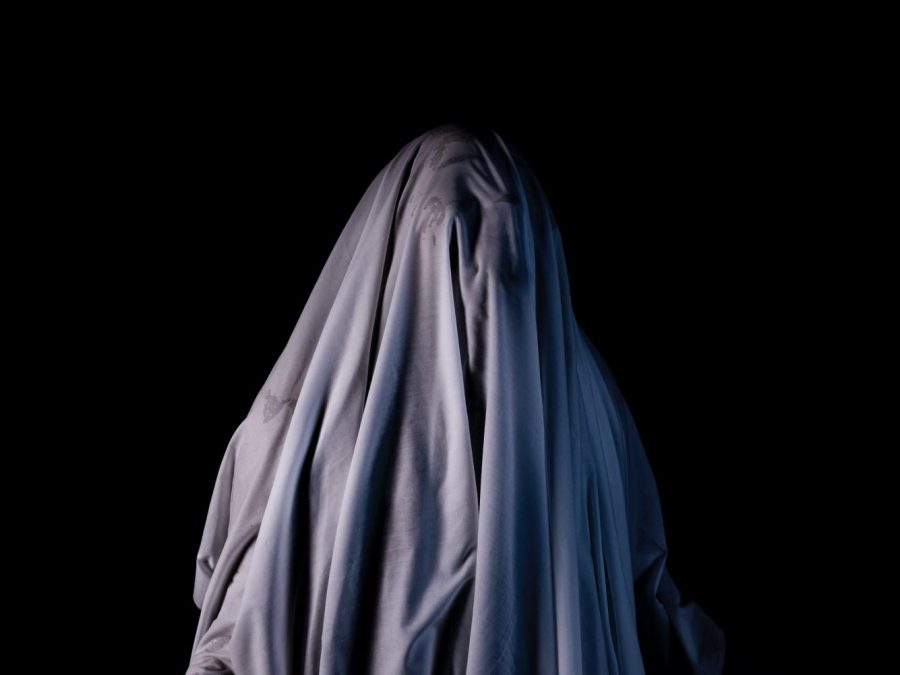 If ghosts are real, why wouldn't they be at King?

In its ninety-eight-year history, RH King Academy has been through a lot, including a world war, five widespread pandemics and a great depression. It is undeniable that the school is full of history, both tragic and reputable, so, if ghosts are real – why wouldn’t they be at King?

It turns out that there may be some paranormal inhabitants roaming the halls of the school. The Toronto Star has cited RH King Academy as the most haunted school in the city and states that caretakers do not enjoy working at the school because they find it creepy.

Skeptic or believer – On October 28 and October 29, teachers will be leading their classes through haunted walks of the school, using an itinerary and script devised by Mr. Wilkinson. The tour is set to visit these seven spooky sites, rich in alleged supernatural activity:

Chances are every student at King has visited the library at some point during their academic career. It has always had an eerie feeling, but have the supernatural sightings here proved this feeling to be verifiable?

A former vice-principal recalled seeing something move through the book stacks when all alone in the library after school and swore to never be alone in the library again. Other accounts of this have come from Mr. Wilkinson himself, saying he often sees weird shapes out of the corner of his eye, expecting it is a student, but it rarely is.

At the main entrance to the library, there white scanners that go off to count the number of people going in and coming out. Mr. Wilkinson says, they go off at least once a day, with no apparent cause.

One of the most popular ghost sighting locations in the school is the A floor war memorial, honouring students of RH King who fought in the second world war.

The memorial has frightened many who have worked late nights alone. One janitor claims to smell the discontinued scent of Old Spice that his father used to wear when he is near there. While this occurrence could be explained by a student who wears it, by the time the night janitor smells the scent, students and staff are long gone.

Perhaps one of the most terrifying ghostly encounters happened to a janitor working the 12 to 8 shift in the ’90s. At about 4 am as he was walking down that hall, the lights turned off. As he sat on the ground, he felt someone touch his left shoulder. Suspecting it was another caretaker, he asked them to stop, and immediately the lights came back on, and he saw that he was alone.

He sent his claim to the Toronto Star, who eventually made an article regarding it in October 2011.

A hidden hallway that leads to nowhere, what could possibly be scary about that? The old boiler room hallway on B-floor used to lead to a beautiful, ornate auditorium that was torn down to make room for a parking lot. Today, besides access to outside, there is not much use for it.

While students often use the hallway to exit the school during the day, who could be using the hallway in the middle of the night? On multiple occasions, the night shift security has been alerted by motion sensors going off. Upon searching the hallway, they saw an open door and heard rattling but found no one. Former students have recalled an uncanny feeling while walking down that hallway and even mentioned hearing footsteps behind them.

Accounts of doors closing on their own accords are abundant in this school. One such story of these occurrences comes from a former caretaker who found herself cleaning the C-floor science rooms late one night.

The English Bookroom used to be the second-floor stands for gym three, a place where students could watch various sporting events but was repurposed to fit the changing needs of the school.

Several years ago, a former teacher found herself alone in the building. Upon leaving the Bookroom, she heard the sound of a ball bouncing coming from gym three. When she went to investigate the noises, she found the gym vacant and engulfed in darkness.

The D-floor hallway is one of the oldest places in the school and one of the few remaining parts from when it was built in 1922.

Late one-night following parent-teacher interviews and facing a brutal snowstorm, Mr. Hoekstra found himself stuck at the school. At that point, he was living outside the city and acknowledging the risks he would be taking to drive home in such brutal weather, he elected to stay the night.

He was awakened at three in the morning by the sound of someone running up and down the halls. He got up to confront the person who was in the school so late, and as he opened the door to the history office, he was surprised to see no one there.

Mr. Hoekstra is not the only one who has had paranormal encounters on D Floor. Several past and present faculty members have affirmed the running noises Mr. Hoekstra heard and also claimed to have heard doors opening and slamming for no apparent reason.

Last but certainly not least, as many students have likely guessed, the Heritage Room on D-floor is suspected to be home to some ghostly residents. When the school was first built, the Heritage Room served as the library, but when the new library on B-floor opened in 1975, the room was left vacant.

Still, despite the harrowing emptiness of the room, some students report a feeling of being watched when they enter the room alone. Others report smelling a woman’s perfume in one specific spot of the room and not finding the smell again once they walk away. Many even report feeling poked or tapped on their backs and not being able to find the cause.

One theory is that an old RH King librarian’s spirit still lies in that room today, watching over the students. The other theory is much more sinister:

The staircase behind the heritage room is home to a popular urban legend regarding the school. Supposedly, the dark, gloomy staircase is where a caretaker met an early end. Whether he took his own life or it was a freak accident depends on the source of the story.