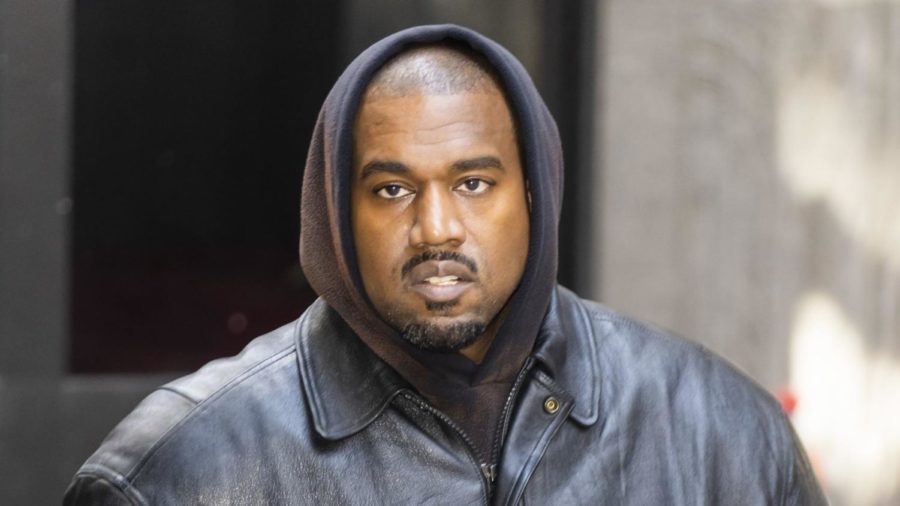 The downfall and “cancellation” of Ye: anti-semitism and anti-black racism

Kanye West isn’t new to causing controversy as his bizarre, problematic behaviour has sparked controversy throughout his career. From back in 2009 when he interrupted Taylor Swift’s acceptance speech at the MTV Music Video Awards, to his presidential run in 2020, Ye has always courted controversy. However in his most recent actions, he may have gone too far to be redeemed.

At his Yeezy Paris Fashion Week show on October 3rd, Ye featured “White Lives Matter” shirts, which he also wore alongside conservative commentator Candace Owens. He faced heavy backlash online from celebrities and fans over the use of the phrase which was used by white supremacist groups in response to the Black Lives Matter movement.

The Black Lives Matter movement gained significant support after the murder of George Floyd by former Minneapolis police officer Derek Chauvin in 2020. In Ye’s recent appearance on the podcast Drink Champs, he made false claims on the cause of Floyd’s death, saying Chauvin’s knee, “wasn’t even on his neck like that,” and suggesting his death was caused by fentanyl use instead. This argument has been disproved throughout George Floyd’s trials and is incorrect.

George Floyd’s family has filed a $250 million lawsuit against Ye following his comments on the podcast. They also filed a cease and desist order against him that said: “Mr. Floyd’s cause of death is well-settled through evidence presented in courts of law during the criminal and civil trials that were the result of his untimely and horrific death. Nevertheless you have maliciously made statements that are inaccurate and unfounded, causing damage to Mr. Floyd’s estate and his family.”

In response to Ye’s show during Paris Fashion Week, rapper Sean “Diddy” Combs posted a video on Instagram expressing his disapproval of the “White Lives Matter” shirt, urging people not to buy it. Ye later posted a screenshot of a text conversation between them suggesting Diddy was “controlled by Jewish people.”

Ye also tweeted “I’m a bit sleepy tonight but when I wake up I’m going death con 3 On JEWISH PEOPLE…” His Twitter and Instagram accounts were locked over these antisemitic posts as they violated the social network platforms’ policies.

After being suspended from Twitter and Instagram, Ye offered to buy right-wing social network Parler. In a statement released by Parler West says, “In a world where conservative opinions are considered to be controversial we have to make sure we have the right to freely express ourselves.” On that same day, West had an interview with news anchor Chris Cuomo where he continued to make more antisemitic comments.

Many companies and celebrities have cut ties with Ye over his controversial remarks. Adidas, one of his main sponsors, has ended its partnership with the rapper saying, “Adidas does not tolerate antisemitism and any other sort of hate speech. Ye’s recent comments and actions have been unacceptable, hateful and dangerous, and they violate the company’s values of diversity and inclusion, mutual respect and fairness.” The Yeezy brand collaboration was one of the most successful in the company’s history and as a result of its end, Adidas will make a net loss of USD 250 million in 2022.

The rapper’s high fashion connections are all cutting ties with him — Head of Vogue Anna Wintour has no intentions of working with Ye again. Balenciaga also announced the end of their relationship with Ye in a statement saying, “Balenciaga has no longer any relationship nor any plans for future projects related to this artist.”

The rapper’s talent agency, the Creative Artists Agency (CAA) ended their relationship with him. Athletes Jaylen Brown and Aaron Donald left Donda Sports over the controversy. A completed documentary about the rapper is also being cancelled as film and television production company MRC Shortly after CAA’s move went public, film and television production company MRC declared the end of their relationship with Ye. Gap, JPMorgan Chase, TJ Maxx, Footlocker, Def Jam and Peloton announced they’d be cutting ties with Ye as well.

According to Forbes, Ye’s fallout with his corporate partners has cost him his billionaire status. It is estimated that his deal with Adidas accounted for $1.5 billion of his net worth, but it is now estimated at $400 million.