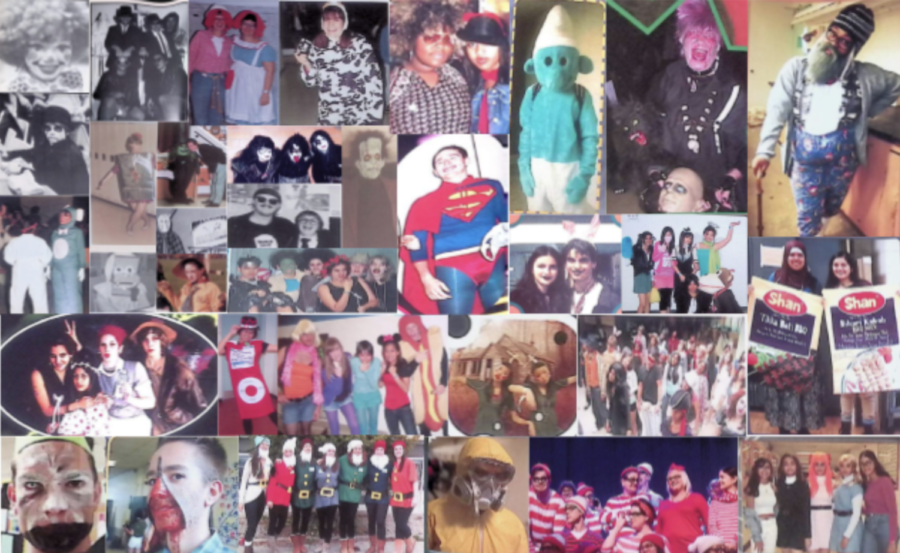 Halloween trends throughout the decades

The tradition of dressing up in costumes for Halloween is known throughout the world. There have been many trends in these but where exactly did this all start?

In the 1920s, paper costumes were a well-known trend and this is when dressing up started to become popular. Parents would dress their children in paper hats or masks, meant to only be used once. It also paved the way for the current Halloween colour scheme – black, orange, and purple.

The ’30s and ’40s led the way into the current craze of boxed costumes. This was the first time that people were able to purchase boxed costumes that typically had a plastic mask and costume of a popular cartoon/book character, similar to the Halloween traditions today.

Pop culture related costumes became a trend in the 1950s when people went from listening to the radio to watching the television. Some popular costumes at the time were Mickey and Minnie Mouse, Tinker Bell, and Zorro. This continued into the ‘60s with various costumes including The Addams Family and Barbie. The people of the ’70s continued this trend but there was a lot of overlap between costumes and movies – many dressed as John Travolta in Grease and Darth Vader from Star Wars.

The movie trend was well represented in the 1980s when E.T. The Extra-Terrestrial took over the box office and people’s hearts. They were inclined to dress as the friendly alien and some even as the alien’s best friend. However, it was not all friendly costumes in the ’80s after the movie “Halloween” was released in 1978. It sparked the start of gory and spooky costumes that is still continued today. This was the decade that began the tradition of celebrating Halloween at King. Popular costumes included military officers, nuns, clowns, and rockstars.

In the 1990s and 2000s, costumes tended to include big names. The ’90s raged with brand-name costumes like McDonald’s, Tootsie Rolls, and Lifesavers. Yet, the 2000s took big names to the next level. It started the well-known trend of wearing a mask resembling a politician. At the time, Laura Bush, George W. Washington, and Dick Cheney masks were in style but in recent years, Donald Trump and Joe Biden masks have been popular. Surprisingly or not, the ’90s at King were filled with clowns and cows. However, the 2000s included angels, devils, and “evil” smurfs?! Teachers also decided to dress up and in 2019, they all dressed up as the infamous Waldo from Where’s Waldo.

With Halloween right around the corner, many have already started to decide or at least brainstorm what costume they are doing. Last year there was a craze of “Squid Game” and “Among Us” costumes but this year “Stranger Things” (as season 4 came out on May 27) and witches (as Hocus Pocus 2 came out on September 30) costumes are expected to be popular. Halloween costumes have been heavily influenced by pop culture throughout the years and that will likely continue to happen. Nonetheless, anyone struggling to pick a costume can certainly find some inspiration in pop culture.