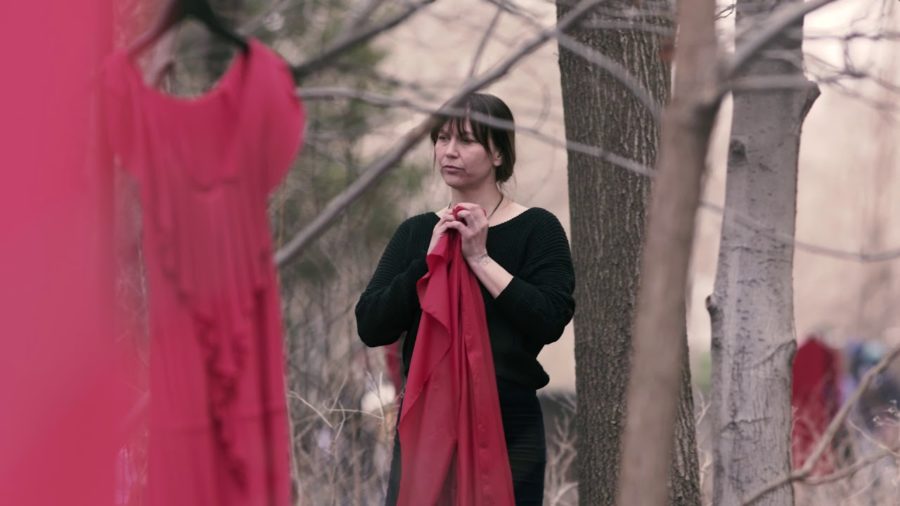 The REDress Movement: “Behind every dress, there is a story to be shared”

In the upcoming weeks, students at King will likely notice dozens of red dresses and shirts hung up around the building. However, the symbolism behind it may not be common knowledge. This article intends to spread the word about Jaime Black’s REDress™ movement.

In March of 2011, Jaime Black, an artist of Anishinaabe and Finish origin, opened her first exhibit at the University of Winnipeg showcasing several delicate red dresses gently swaying in the wind. The exhibit was started as an “aesthetic response to the thousands of lost lives of Indigenous women and girls” which is listed on her website.

Her work has been taken all across Canada; from B.C. to Ontario and even the United States. Her exhibitions and efforts have been spreading awareness about this significant cause for over 10 years.

Behind every dress, there is a story to be shared. According to Black, each red dress represents one of the murdered or missing Indigenous women, a single red dress intended to be worn by a victim is instead left hollow due to the sorrowful absence of their presence. “An empty garment kind of operates as a marker for those who are not with us,” said Black, in a 2015 CTV interview.

Why red, one might ask? Black revealed in the same 2015 CTV interview, that after conversing with a friend she discovered that red was the only colour that spirits could see. “So [red] is really a calling back of the spirits of these women and allowing them a chance to be among us and have their voices heard through their family members and community.”

Additionally, Jaime Black herself has mentioned that she was partly inspired to begin the REDress project after noticing the cover of Maria Campbell & Linda Griffith’s unique book titled, The Book of Jessica. The cover of the book displays an illustrated red dress in motion, flowing in the dark night, as shown in the image above.

According to Black during an “Artist Talk” with the Dunlop Art Gallery, her ultimate goal with the REDress project was to “incite change through art.” She has not only achieved her goal, but has done so in many different ways. For instance, Black has created safe spaces for relatives of victims as a result of her art’s ability to bring people together and has jumpstarted many rallies and peaceful protests as well.

Additionally, the traction gained from the media has allowed for some to get part of the justice they deserve. Although that being said, no amount of justice will ever heal or forgive what has happened and continues to happen to Indigenous women and girls in North America. The thousands of innocent lives taken will never be replaced or forgotten.

Although October 4th, the national day of action for missing and murdered Indigenous women, girls & LGBTQ2+ members, has passed, support can and should still be shown. Students of RH King Academy are greatly encouraged to bring their own red dresses (or any red “top” apparel) at the beginning of October to commemorate and raise even more awareness for this cause. Remember, a red dress can go a very long way.

To learn more about the REDress™ project, please consider checking out: https://www.jaimeblackartist.com