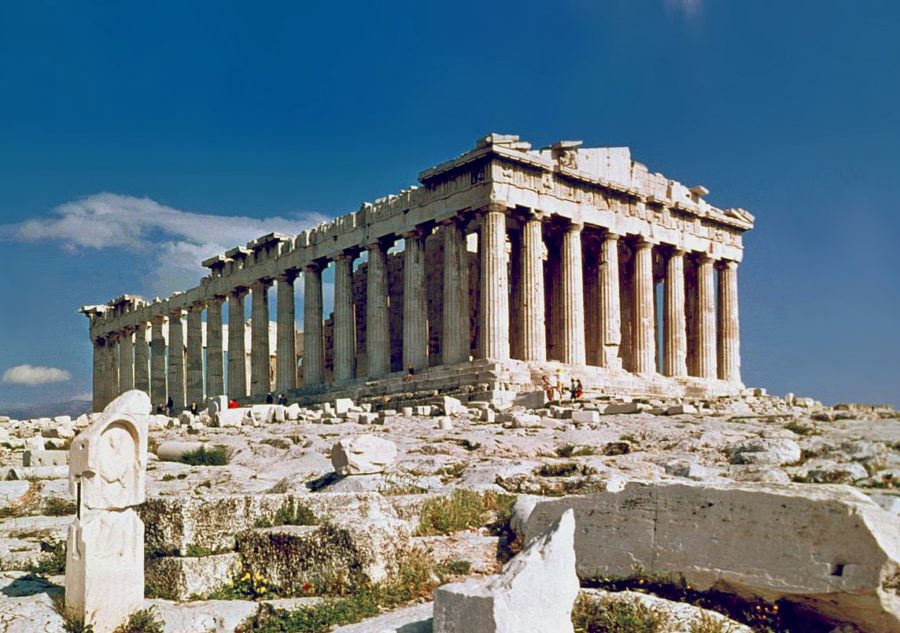 On June 30th, 2022, twenty-seven R.H. King students (grades 9-12) and four teacher chaperones (Ms. Ola, Mr Halliday, Ms Moh, and retired King history teacher Mr Hoekstra) hopped on a ten hour flight to Athens, Greece on a nine-day trip. Touring many museums, ruins, and historical sites such as The Acropolis, Temple of Athena Nike, the Olympic Stadium, the Temple of Poseidon, the Corinth Canal, the Temple of Apollo, and Olympia.

The group had a constant tour guide with them traveling along with them in addition to a tour agency-arranged guide. There was a local tour guide at each archaeological site. Students and teachers traveled around from place to place in a coach bus, which luckily had air conditioning.

A trip is organized by teachers at King once every two years. In previous years the trips have been to Costa Rica, Italy, China, and Europe. When a student on the trip was asked why they went on the Greece trip, Nikki Zach a grade 11 student says “I wanted to go on this Greece trip because it was an opportunity to travel outside of Canada. I’d never traveled outside of Ontario before with friends. It was also an opportunity to have a unique experience attached to R.H King.”

A typical day for the students on the trip looks like:

After the trip had been postponed for a few years, Zach brings up that the trip offered a change of scenery.  They say, “It was a nice break from the isolating Covid world that we have known for the past few years.”

Connor Irving, a grade 9 at the time of the trip explains his favourite place the group toured and why. He says, “I found visiting the Parthenon in Athens the most fascinating location as its history dates back millions of years and the architecture is just breathtaking. It was honestly one of the most beautiful sights and landmarks I have ever stepped foot on.” Shown throughout the images in this article, each and every place the group visited was stunning, and very different to what is seen in Canada.

“From this trip I gained new friends, new clothes, new jokes, and a new fear of cots… but jokes aside, it was an amazing trip.” Mack Bertram grade 11 says.

Traveling to a different country is quite the change, here are some things students on the trip struggled to get used to: Not flushing toilet paper down the toilet, a different currency, and the time change. A different country on a different continent = different foods, traditions, languages, etc. In a survey, students who traveled to Greece said that they were surprised by how open Greeks were with sexuality and nudity, how its normal to celebrate by honking, as well as many students were caught off guard that traditional Greek salads don’t actually include lettuce.

During an interview, Connor Irving says “Being able to make so many friends in Greece, I learned so much about them, and now I wish I’d known them sooner. For me there was some slight drama, but that’s life. Real friends go through a lot together, but it’s like my motto, “what happens in Greece, stays in Greece. Am I right ladies?!” For many on the trip, new bonds were constructed, inside jokes were created, and a lifetime of memories were made.