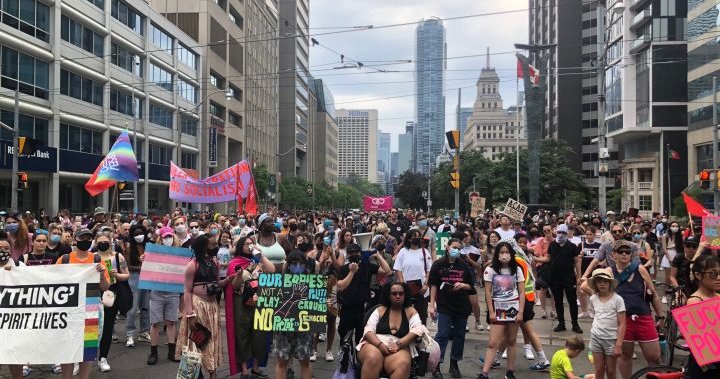 When Roe v. Wade, a case that had established the federal right to abortion for all U.S. citizens, was overturned in June earlier this year, many wondered how the decision might affect other landmark cases that rested on this one. When asked, one queer student said, “Roe v. Wade being overturned made me and many others worry about [Obergefell] v. Hodges, the case which allowed queer people to marry as well as many other cases like those which allowed interracial marriage and got rid of anti-sodomy laws.” The Roe decision was based on precedent set by Griswold v. Connecticut which established that the state has no say in what an individual does with their body in their own home; this case focused on a married couple’s right to use birth control. The cases for marriage equality* (Obergefell v. Hodges) and the decriminalization of sodomy (Lawrence v. Texas) were also based on precedent set by Griswold. So when Roe went down, many were waiting for Obergefell to be put on the chopping block as well.

There is a sense that marriage equality is the most significant change that has been or will be done for the 2SLGBTQ+ community; queer love legitimized by the state the same way it is for heterosexual/heteroromantic folks. However, some find this framing limiting: “Earning the right for same-gender couples to marry is obviously very important, but people often forget that there was a point where simply the existence of LGBTQ people was a crime. Being recognized as people with rights and freedoms sounds simple, but I see it as something like a first step on a path to liberation.” This is exactly the kind of liberation folks like Morgan Bassichis, Alexander Lee, and Dean Spade thought about when they co-wrote Building an Abolitionist Trans and Queer Movement with Everything We’ve Got. In it, they describe the “big problems” queer and trans folks face; the “official solutions” provided by the state ostensibly to solve these problems; and alternative “transformative approaches” that they believe will bring the 2SLGBTQ+ community and other marginalized communities closer to liberation.

For example, one big problem is how “[institutions] fail to recognize family connections outside of heterosexual marriage in contexts like hospital visitation and inheritance.” The official solution is to “[legalize] same-sex marriage to formally recognize same-sex partners in the eyes of the law.” A transformative approach would be to instead “[change] policies like hospital visitation to recognize a variety of family structures, not just opposite-sex and same-sex couples; abolish inheritance and demand radical redistribution of wealth and an end to poverty.” This list of big problems goes on—access to healthcare, discrimination in the military, family separation, disproportionate arrests and imprisonments—and for most of them, the official solution is to legalize “same-sex marriage.” (Read the chapter here or see the organized table on Google Docs here.)

As Toronto-based LGBT historian Tom Hooper has expressed in his work, when marriage equality is presented as the only viable solution, it waters down decades of 2SLGBTQ+ organizing history. The 1969 Stonewall Rebellion in so-called Manhattan (Lenape land) didn’t happen because 2SLGBTQ+ folks wanted to get married, it was because they were facing police brutality for expressing themselves in public. Similarly, the 1981 Bathhouse Raids and subsequent protests in so-called Toronto (Mississaugas of the Credit, Anishnabeg, Chippewa, Haudenosaunee and Wendat lands) happened in response to Toronto Police carrying out mass arrests on 2SLGBTQ+ folks, particularly gay men, and outing them to their families and workplaces. 2SLGBTQ+ folks and allies protested outside the Toronto Police Service 52 Division not for legislation but for an end to the violence. It’s a point of pride for Canadians that Canada is seemingly more progressive than the United States; after all, Canada legalized “same-sex marriage” in 2005 an entire decade before the U.S. But with this new understanding of 2SLGBTQ+ organizing history, it’s clear that Canada just took less time to quell queer and trans rage with a piece of legislation and some apologetic words. So where does that place the movement now?

The community still faces systemic oppression and queer youth like this student see it all the time: “There’s absolutely still systemic oppression of LGBTQ+ folks, especially people who are trans or gender-nonconforming and for young queer people… I’ve rarely heard queer identities mentioned in health classes, especially not as it relates to sexual health or STI prevention, and I never heard LGBTQ+ issues even talked about by a teacher until sometime around middle school. I grew up a lot of my life as a queer kid who didn’t even know queer was an option because of the systems that prioritise cishet people and relationships.” Or another queer student that noted, “Trans teens have to talk to 3 different psychiatrists to see if they really want to transition. Many gender non conforming people have to deal with being constantly [misgendered] whether it’s on purpose or by accident.” In addition, there is the lack of autonomy in trans healthcare for adults as well as youth, the crisis of Missing and Murdered Indigenous Women, Girls, and Two-Spirit folks (MMIWG2S), the disproportionate rates of sexual violence and suicide in the community (particularly for Black trans women and femmes), and much more.

At one point, Pride might have been the place to rally against these systemic harms and demand change but the event and brand now have incentives via corporate sponsorships to keep Pride spaces as apolitical as possible. (Historian Tom Hooper’s report on the “Misdirection of Funds and Settler Colonialism” by Pride Toronto provides more insight into this; read it here.)

As 2SLGBTQ+ youth and allies, what can be done to address systemic oppression? Morgan Bassichis, Alexander Lee, and Dean Spade suggest recognizing intersectionality and working with other marginalized communities to learn and fight together. This might mean following the lead of certain organizations or groups who are already doing this work like: Toronto Indigenous Harm Reduction (@torontoindigenousharmreduction) who support unhoused folks and people who use drugs, and are run by Two-Spirit, queer, and trans Indigenous folks; and No Pride in Policing Coalition (@noprideinpolice) who organized Abolitionist Pride in June 2022 and was born from the call to get uniformed police out of the Toronto Pride Parade for the safety of SDQTBIPOC folks (sick and disabled, queer and trans, Black, Indigenous, and people of colour). Or it might be getting educated on how 2SLGBTQ+ issues and other issues intersect, like how marriage equality doesn’t quite exist for disabled folks who need financial support from the state (through services like ODSP); how creating trans-specific prisons only increases the amount of trans folks in prison, not making them any safer; or how transmisogyny operates in healthcare and insurance, denying approval or coverage for medical procedures commonly used by trans women/femmes (facial feminization/harmonization surgery, hair removal, implants, etc.) because they are seen as “cosmetic” only.