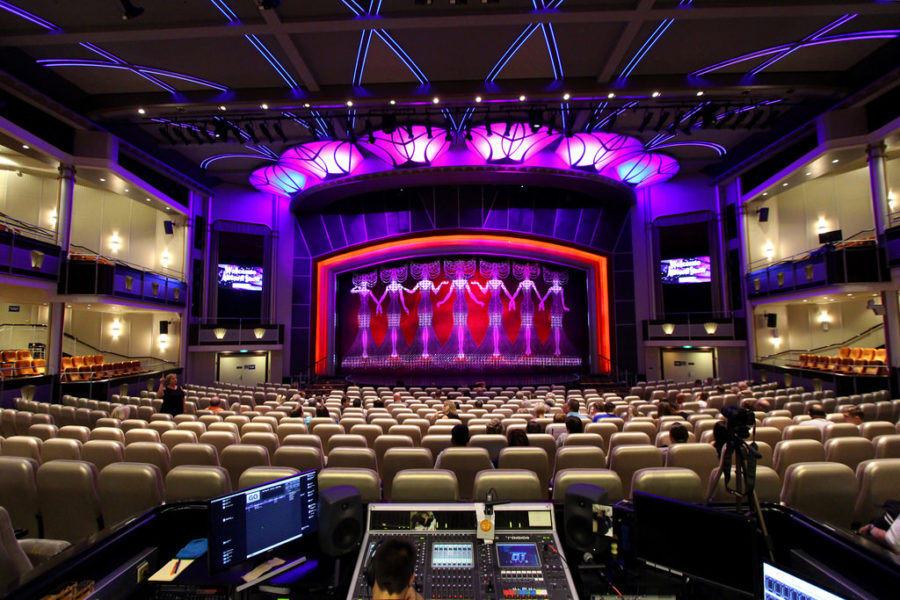 Theatre and technology: An eccentric combination

When thinking about theatre, what comes to mind? Most likely, the stage, the performers and the colourful spotlights. In the earlier ages of theatre, everything was built by hand, including the props, the backgrounds, and the costumes. Of course, in this age, computers are interwoven with everything. So, how does technology work with theatre?

Theatre incorporates many components of technology, like lighting, sound systems, 3D printing, and microphones. Modern technology has made the visual elements of a play easier to build. Through automation and 3D printing, sets can be constructed faster and can contain more details. The use of video backdrops, which display enhanced set elements like rain and fog, is prevalent in today’s stage shows. Today’s technology can even change the colour, luminosity, and intensity of lights, setting the atmosphere of the play.

Microphones are one of the biggest developments in theatre. Instead of performers having to project their voices, they speak into mics that project out from speakers placed in well-thought-out locations in a theatre. Additionally, the use of mini microphones, which are commonly hidden behind the performer’s ear, gives high-quality sound to a performance. 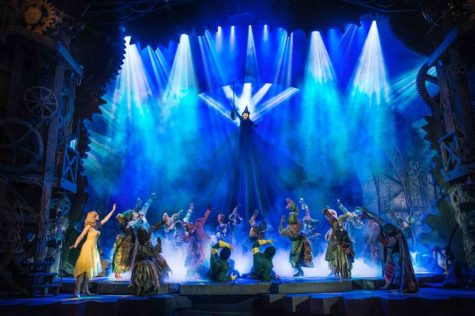 Sound design has always been one of the most subtle, but important, parts of the play. It can be argued that great sound design is almost as important as what the audience can see visually. Usually, sound effects would take days to produce. Today, directors and production teams can simply look up sound effects on the internet and download them in a few seconds. Using computer sound design, these sound effects can even be layered with ease, thanks to computer software, to dramatically set the scene desired by the director.

What is in store for the future of theatre?

A new form of theatre that some critics are calling “techno drama” and “mixed reality,” has been embracing the latest technology. 3D projections, virtual reality, stop-motion camerawork, and computer animation have all been put to use. There was an idea of using holograms that presented recorded performances of actors on a stage. Robots have been used as co-performers on stage to evoke responses that humans could not.

Theatre is now at a stage where it has become a test subject for robotics, science, and engineering. Theatre is not just an art form, but a host to new technology. It allows creators to tell stories that they otherwise would not have been able to. Perhaps in the future, live theatre will not need to be live at all.