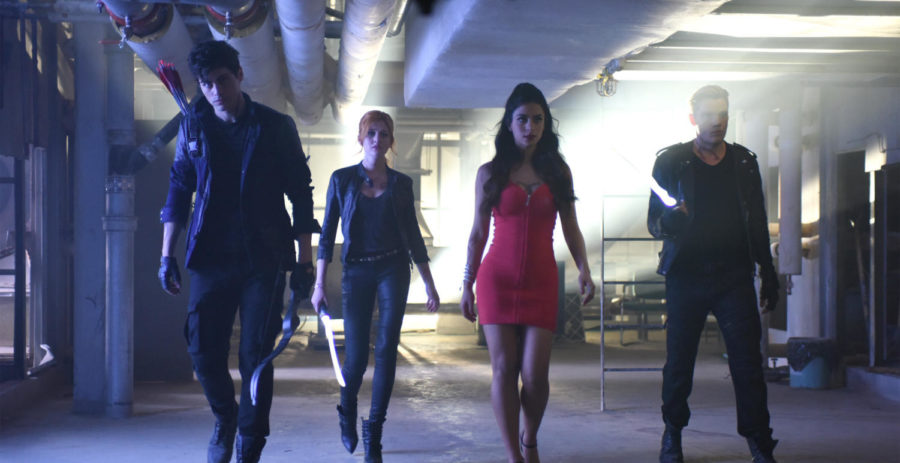 When it comes to book-to-screen adaptations, they can either be fantastic and encourage more readers to read the book… or they can fail miserably, even for those who have never read the book. The TV show, Shadowhunters, based on the Cassandra Clare series The Mortal Instruments, falls into the latter category.

The first thing that the show got wrong was the characters, which is normally the thing that makes readers latch onto the book and form a connection. Magnus, a wise and immortal warlock that has centuries of experience, was made out to be a petty and angsty teenager. Isabelle, who was quite rude and mean, was suddenly kind-hearted in the show. Many characters in the show did not show the progression they did in the book but rather started out already developed. This prevents viewers from following an arc and rooting for characters to become more likeable.

The second mistake was with Clary and Simon. In the books, these two were star-crossed-lovers of sorts and after realizing that, they mutually broke off their romantic relationship before the second half of the book. This allowed for Clary and Jace’s relationship to be properly developed and fleshed out. Instead, the writers chose to drag out Clary and Simon’s relationship, leaving no room to explore one of the main relationships. Clary, Jace, Magnus and Alec’s relationships were also incredibly different from Clare’s novels. The issues in their relationship stemmed from real insecurities and fears, and as the series went on, they learned to overcome that. The petty fights in the show, on the other hand, existed purely to create drama.

The platonic ties between Jace and Alec were widely ignored throughout the show. In the world created by Clare, parabatai (the eternal connection between two people that help each other in battle and sense when the other is lying/upset/injured) are very important. The fact that Jace and Alec have parabatai and a strong connection is brought up a couple of times but is mostly ignored on screen.

The plot also leaves something to be desired. There are incredible battles on the page that showcased the high stakes. Viewers are lucky to see characters training and killing demons every now and then instead of a full-out war. The introduction of filler storylines that do not reveal more about the plot or characters was awfully disappointing. Furthermore, the large number of characters that were mentioned once or twice in the books that became drama-stirring antagonists in the TV show made the viewing experience inauthentic for fans of the books.

Overall, even for those who have not read the books, the show is disappointing and lack-lustre.