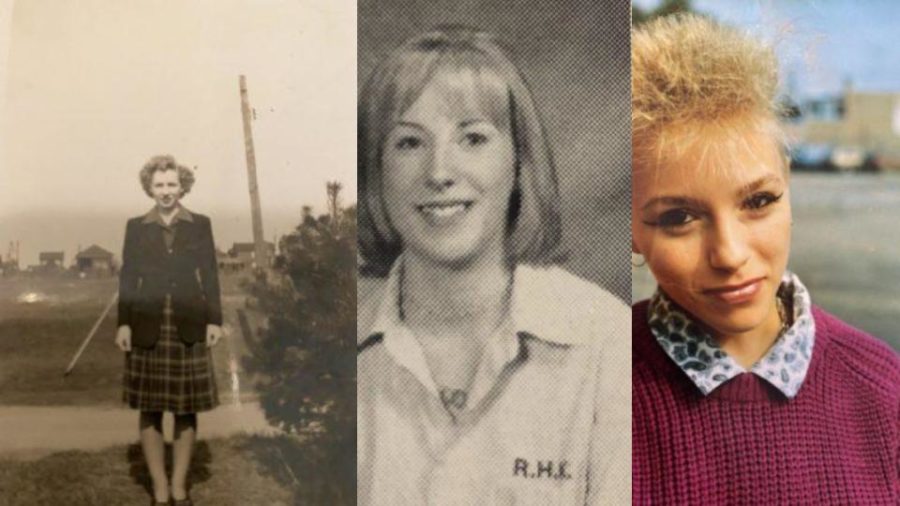 For a bit of context, the school was established in 1922. Women would be styled wearing things such as flapper dresses and clothing with sequins and beaded embellishments. Men would dress in patterned neutral clothing, wearing bright colours with accessories. They would wear long overcoats, sweater vests, collared shirts, suspenders, and cufflinks. Both women and men wore all modest and simplistic designs.

Betty Bagnall, a student from 1938 – to 1941, explains that the popular shoes were saddle shoes. White shoes with a beige underside and a black band going over the top of the shoe where it laces up.

For many, the change of RH King Collegiate becoming an Academy was quite the change in gears that some people were interested in, or for Lisa Knaflec, it did not make sense. Knaflec was at the school from 1985 – to 1989. “I left just before King changed into an Academy, as did most of my friends. We only had one semester left, so to buy a uniform for 5 months did not make sense.” Then, there was no opportunity to buy from a used uniform sale. All of the uniforms were brand new.

Knaflec describes her fashion throughout high school as “punk/new wave” in her early years but more toned down towards the end. When asked about the style around her through her high school years, she said, “There were a lot of preppy kids. Polo shirts, Sperry Topsider shoes. Many rocker guys with really long wild hair, jeans, and leather vests. Most girls had huge teased, curly hair.”

Getting closer to the present day, the school is an academy now. Shawna Serna, a student from 1996 – to 2001 (OAC-grade 13), expands on the consistent experience. “The pressures usually felt during high school years to keep up with fashion trends were not there for me because I was told what to wear. By the time I got to grade 11, though, there was no more wearing the uniform pants, and the girls usually opted for similar coloured pants, but from non-approved stores.” It is not too common to see someone wearing a uniform to school nowadays, even though it is the dress code.

For Serna and other students years back, they would face the consequences for small things such as wearing socks that were not the right length or items not on the approved list. “We’d have the odd teacher or supply teacher who would ask to see the label of our pants to see if they were from an approved store. If wearing non-approved items, we would get sent to the office for detention.” Serna says. While her younger self did not appreciate the uniform (she jokes that she wanted to burn it by the end of the year), she is grateful for it now.

What will the next 100 years look like for fashion at King?