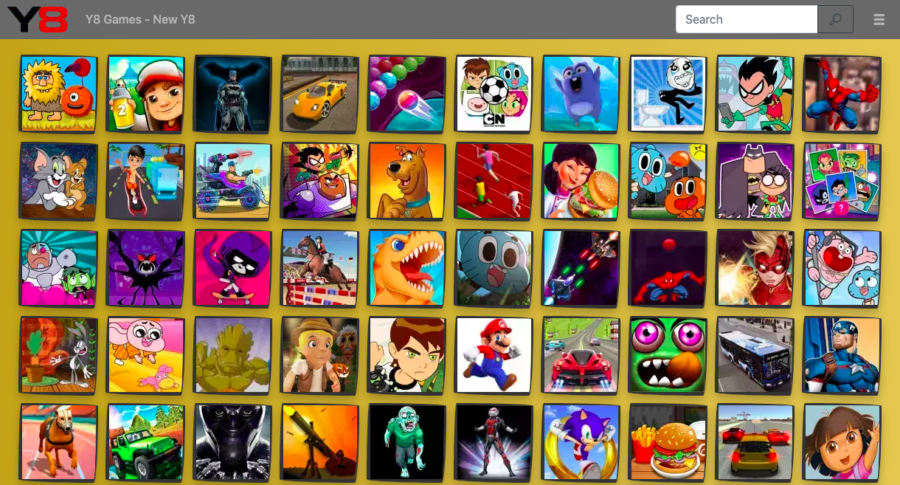 Fireboy and Watergirl: Fireboy and Watergirl is a classic game that most teenagers have likely heard of. The many levels and challenges cured their youthful boredom. This is usually a two-player game, but some smart multitaskers could play by themselves, controlling both the characters. The frustration felt when one of the players would die, forgetting that fire cannot be mixed with water is a memorable part of this game. Ultimately, reaching the end doors was challenging for some, with the added obstacles of having to collect gems and avoid lakes of the opposite element.

Papa’s Pizzeria: The entire Papa’s game series is filled with different restaurants serving many varieties of food. The games range from the most classic, Papa’s Pizzeria to Papa’s Freezeria to Papa’s Taco Mia. Patience is key in this game because serving raw food to customers means no tips. Efficiency is also important because it is essential to avoid a long line of anxious customers waiting for their food. This game is filled with chaos but at the very least kids might be inspired to consider the restaurant business with fresh eyes.

Bad Ice Cream: A delicious choice between chocolate, vanilla or strawberry ice cream led to a maze where kids had to collect all the fruits before their enemy could catch them. This game was much like the game Pac-Man as they both used the same “obtaining fruits and running away from enemies” concept. Bad Ice Cream had plenty of cool villains that provided varying levels of difficulty to escape from.

Dumb Ways to Die: As dumb as it might sound, this game defined some teenagers’ childhoods. The iconic song is perhaps the best-known part of the franchise, but most kids played the game as well. Dumb Ways to Die started as a public service announcement for the Metro Trains organization in Melbourne, Australia. The goal was to teach people “not to be dumb around trains” by showcasing these dumb ways to die. Later on, it became a game because of how viral the video went.

Jetpack Joyride: In this fun and easy game, kids jetpacked their way through the obstacle course avoiding lasers and rockets, completing challenges and collecting tokens. Compared to other games, Jetpack Joyride had a pretty straightforward concept, but some of the challenges were hard to pass. Certain tokens would give special suits giving the player the powers of a bird or a dragon, some were hard to control while others were easier. With all of the available game-enhancing purchases like skins and costumes, any money accumulated could run out quickly.

Geometry Dash: This game caused plenty of frustration and anger. The only way to move was to tap the screen, and as easy as it sounds, this game had kids in full concentration mode, one mistake and they would have to start at the beginning. Each level in Geometry Dash had a song that went with the number of jumps they had to take, which gave an advantage to those who could count a beat. The concept is a lot like Piano Tiles, but with jumping.

After Adobe Flash Player was discontinued, a lot of these games left were discontinued as well. Teenagers will likely never forget the fun times they had playing these in class with friends on the school computer. These games have become an essential part of childhood nostalgia.