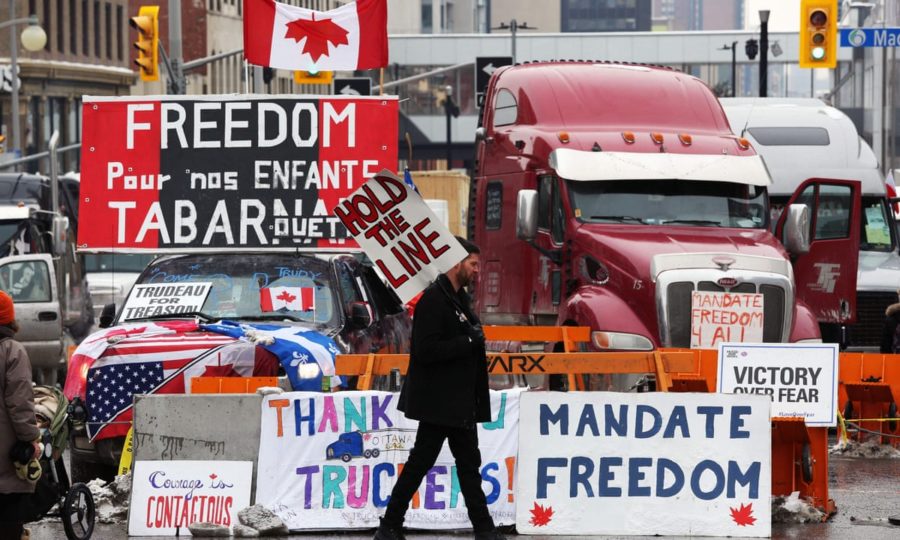 What began in January as a protest against a vaccine mandate for Canadian truckers entering Canada from the U.S. has now escalated to the point where the Canadian government has declared a national emergency.

On January 22, convoys of truck drivers began protesting in British Columbia, making their way to the capital city of Canada, Ottawa. The protest attracted thousands of supporters, not just truck drivers, objecting to all COVID-19 preventative measures including mask mandates and gathering restrictions.

The convoys arrived in Ottawa on January 29 and have since been blocking roads, disturbing residents and undermining the local economy with most businesses in the area being forced to temporarily close. Several illegal activities including hate crimes, property damage, thefts and mischief related to these protests have been reported. On February 11, Ontario Premier Doug Ford declared a state of emergency, warning protesters of ‘severe consequences’.

“It’s an illegal occupation. This is no longer a protest,” Ford said.

Millions of dollars worth of donations are supporting the truckers convoy and new details regarding the source reveal that Canadians are responsible for roughly half the money raised online through crowdfunding platforms. Data leaked from the GiveSendGo crowdfunding platform shows records of over 92,000 donations raising more than $8 million dollars, approximately $4.3 million of which came from Canada, while $3.6 million came from the U.S. 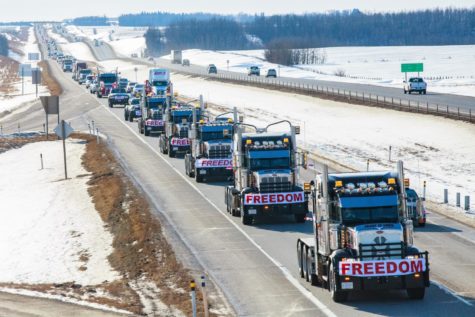 Rallies have emerged in other major Canadian cities including Toronto, Vancouver, Quebec City, and Winnipeg. American officials warn that vaccine mandate protests similar to those in Canada right now could erupt in the U.S. soon as well, which could impact the State of the Union Address.

The Royal Canadian Mounted Police arrested 11 people linked to the protests near the border crossing in Coutts, Alberta, one of several that was blocked by protesters. They seized a number of weapons including 13 long guns, handguns, a machete and a large quantity of ammunition.

According to a statement from the force, “The group was said to have a willingness to use force against the police if any attempts were made to disrupt the blockade.”

A great amount of support for the protests has been received from many Americans including conservative talk show host, Tucker Carlson. Even more surprising, business magnate Elon Musk has tweeted that he supports the Canadian truckers. In another tweet, he made a comparison between PM Trudeau and Hitler which was negatively received by the Jewish community. Most find this tweet highly disrespectful to the millions of Jewish people persecuted during the Holocaust.

On Monday, February 14, Prime Minister Justin Trudeau made the decision to invoke the Emergency Act for the first time in Canadian History to end the protests. This law authorizes the government to take extraordinary temporary measures to restore public order- including overriding civil liberties.

“Right now the situation requires additional tools not held by any other federal, provincial, or territorial law. Today, in these circumstances, it is now clear that responsible leadership requires us to do this,” the prime minister said on Monday. He stressed repeatedly that he was not suspending fundamental rights or limiting the right to freedom of expression or peaceful assembly and said that invoking the act was a “last resort”.

The prime minister will not use his new authority to call in the military against the protesters but some of the powers enabled through this act that the government is using include:

The premier of Ontario, Doug Ford announced last Monday that proof of vaccination will no longer be required to enter indoor spaces as of March 1. He emphasized that the decision was not in response to the protests, but instead based on the decreasing number of COVID-19 cases and hospitalizations.