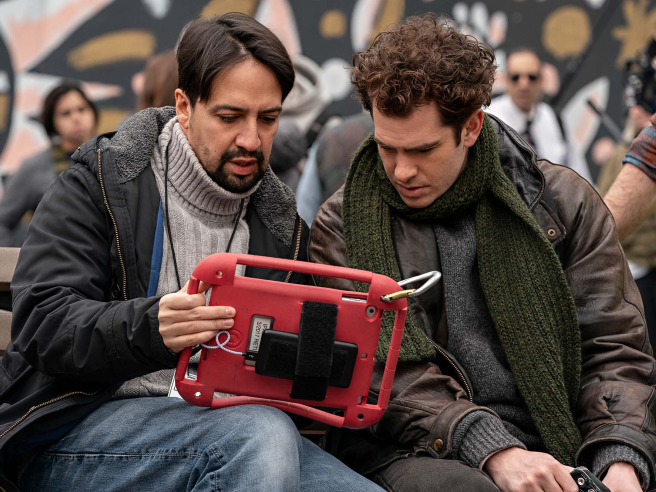 The movie-musical Tick, Tick… Boom! came out on November 12, 2021, and is available on Netflix. The film is an adaptation of the autobiographical stage musical of the same name by Jonathan Larson. It is the directorial debut of renowned composer Lin Manuel Miranda.

Larson is best known for creating the hit musical Rent, which opened on Broadway in 1996 and ran for twelve years, winning a Pulitzer Prize and four Tony Awards. Tragically, Larson died of a sudden, unexpected aortic aneurysm the morning of Rent’s first public performance. Despite this, Tick, Tick… Boom! tells the story of his life six years before the creation of Rent. It catalogues his time as a struggling artist juggling relationships, finances, and writing a musical in New York City around the time of his thirtieth birthday.

The movie transitions between Larson, played by Andrew Garfield, performing Tick, Tick… Boom! in a small theatre, and scenes of the memories and experiences he describes. The primary plot follows his attempt to find a producer for his show Superbia. Secondary plotlines include his complicated relationship with his girlfriend Susan, played by Alexandra Shipp, and how the AIDS crisis in New York impacts his life and community. 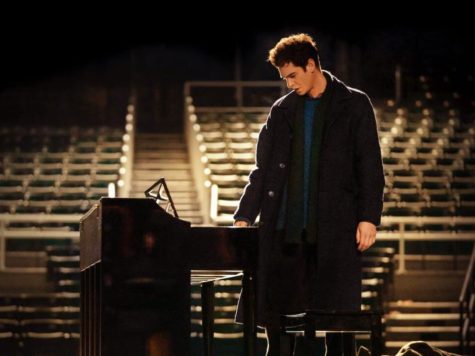 The cast features big names like Vanessa Hudgens, Judith Light, Richard Kind, MJ Rodriguez, Robin de Jesús, Joshua Henry, and more. Bradley Whitford portrays Stephen Sondheim, a key mentor and idol for Larson. Sadly, Sondheim passed away on November 26, 2021, at 91-years-old. Miranda’s passion for the story is more than evident in the meticulous attention to detail throughout the film. The film has countless easter eggs and cameos for Broadway lovers.

Tick, Tick… Boom! has been well received by audiences and critics alike. It has been nominated for and received numerous accolades. For example, it was one of the American Film Institute’s Top 10 Movies of the Year. It received nominations for Best Motion Picture – Musical or Comedy at the 79th Golden Globe Awards and Best Picture at the 27th Critics’ Choice Awards.

Garfield, in particular, has been praised for his acting performance and vocals, given that he only learned to sing and play the piano in the year leading up to filming. He received the Golden Globe for Best Actor – Motion Picture Musical or Comedy. There is even some Oscar buzz for Best Picture and Best Actor.

The film is clearly a love letter to Broadway. Countless stars make guest appearances. The following is a non-exhaustive list of some of the cameos throughout the movie:

Near the beginning, Larson presents his concept to a group of experienced-Broadway writers for feedback. Initially, it is easy to assume that the audience is mainly extras, but the writers are real Broadway writers. Some of the most famous artists and their most celebrated works are as follows: 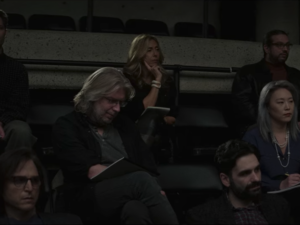 2. Sunday at the Moondance Diner

This scene, set in the diner where Larson works, references the Sondheim musical Sunday in the Park with George. The patrons are almost all iconic Broadway stars, many of whom have close connections to Miranda, Larson, or Sondheim. Many of them wear costumes that pay homage to the characters they are known for. Some of the most recognizable faces and their better-known roles, in order of their appearance in the scene, include: 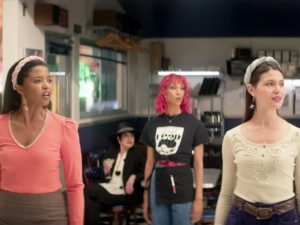 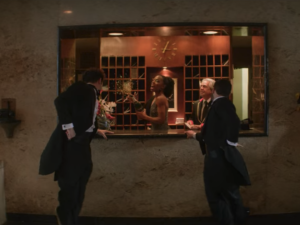 There are many other cameos throughout the film. A few of which could go unnoticed but still deserve mentioning. For example, Lin-Manuel Miranda’s father, Luis Miranda, Jr. appears as a concierge in the song “No More.” Although the real Sondheim did not appear in the film, his voice plays on an answering machine near the end. Finally, Christopher Jackson, another frequent collaborator of Miranda in works like Hamilton, Moana, and In the Heights, appears in the audience as Larson performs Tick, Tick… Boom!