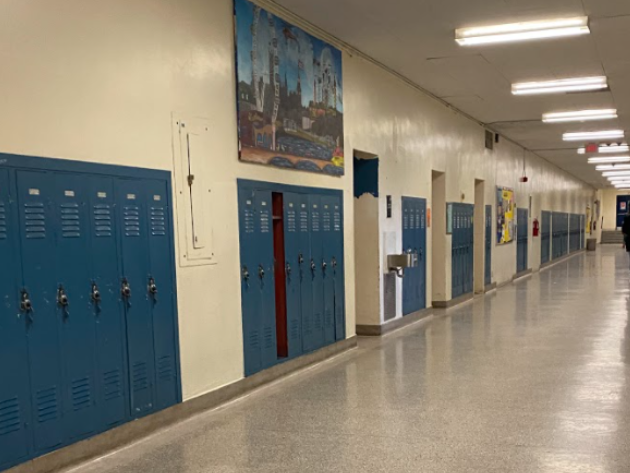 Next semester’s schedule switch: How might this impact students at King?

At the beginning of the 2021-2022 school year, many were skeptical about the hybrid schedule model. Spending over two hours absorbing information from the same class appeared extremely overwhelming for students, not to mention enduring the same two courses for an entire week. Now that students have experienced a few months of high school using the modified schedule, many have become well adjusted to it; some so attached that they are not ready to switch back to the normal schedule next semester.

In the original schedule, students had four out of their eight total courses split within a day. Much like the modified schedule, students would stick with these four courses for the first term and then switch to the other four in the second term.

The time spent in each class, however, would be significantly shorter in comparison to the modified schedule. Some do not enjoy the long class periods of the modified schedule. “I think that switching back to old semesters is a good idea because it’ll give me less stress sitting through those long two and a half hour classes.” Says Intisar Intisa, a student at RH King Academy. “Well, personally I think the four courses in a day might be more chill because we’ll get less time in class and more break time,” adds grade nine student, Athusga Kiriparan.

Moreover, without the week break between a course’s next class, teachers would be able to get through more course material. Unfortunately, this would result in a lot more stress on the student’s end due to the large influx of homework and tests from their four classes.

Students can agree that there are many pros and cons attached to each. The flaws in both the original and modified schedule become more apparent with each day; nevertheless, it’s up for debate which schedule is superior. This brings up many questions within the student body, one of the more common ones being: Is it that necessary to switch back to the regular schedule in February?

It’s evident that many have grown very used to the modified schedule. Students are unsure if they’ll be able to handle going back to normal next semester after accepting the modified schedule as a part of their daily routine. Grade nines, especially, are affected greatly by this unexpected change.

I feel like it’s very odd to switch in the middle of the year when we had just gotten used to this schedule. I feel as if it would be better to start normal semesters next year instead of in February”

Christina Condilidis, a grade 9 student at RH King Academy, feels that this change was relatively out of the blue, “I feel like it’s very odd to switch in the middle of the year when we had just gotten used to this schedule. I feel as if it would be better to start normal semesters next year instead of in February.”

Moreover, as we are currently in the middle of the pandemic, students worry if they will be able to handle 4 courses at once on top of all of their other responsibilities. Thilaxy Jeyabavan and Sarah Isabella, both grade nine students at King, agree that a whole new level of stress will be put on students. “I feel like the switch back to four classes a day will be too stressful. We’re going to have more homework, schoolwork and projects crammed into one day.” Says Isabella. “I think that our mental health is going to be affected by it a lot because based on experience, having two subjects is already hard enough.” Adds Jeyabavan.

On the other side of the coin, some students are excited about the switch. Aleesha Qureshi, a student at King,  just wants to experience high school as normally as possible during these challenging times. “I’m really excited about things slowly going back to normal!” Between the two schedules, Qureshi favours the regular one. “Online school was not the best experience and I don’t enjoy the two and half hour classes either, so having a normal schedule sounds quite nice”.

While the TDSB initially pushed the modified schedule as it helped lessen the spread of the virus, many students have taken a liking to it for its other benefits. Whether one prefers the original schedule, modified schedule, or is torn between the two, it’s safe to say that it will take a little time for everyone to adjust back to the original schedule.