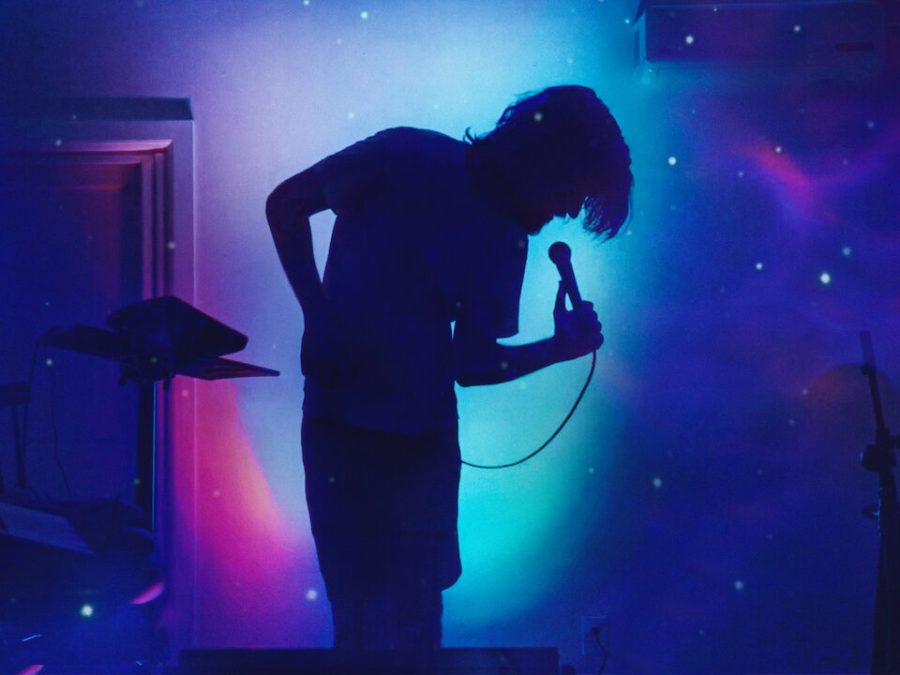 Inside is a Netflix comedy special written, directed and edited by Bo Burnham in his L.A. home, over the course of a year during the pandemic. Although it is classified as a “comedy special,” that might not be the most appropriate description. The collection of songs and skits featured in the special are a painfully relatable reflection and critique of life in the pandemic when everyone was trapped inside, alone and isolated. Bo Burnham’s work has always included chaotic, dark, meta-humour covering controversial topics, but Inside takes his signature style to the next level.

In the first half of Inside, Bo Burnham jokes about relatively lighthearted subjects with songs like “Facetime With My Mom”, and “White Woman’s Instagram” (It is important to note that these songs are only “lighthearted” in comparison to the majority of the special- which gets very, very dark). Burnham still uses some dark and cynical humour in these acts while delving into some serious topics like systemic racism, capitalism, media and income inequality in songs like “How The World Works” and “Unpaid Intern”. He also reflects on the problematic aspects of his past in the song “Problematic”, singing “Times are changing and I’m getting old, Are you gonna hold me accountable?”. 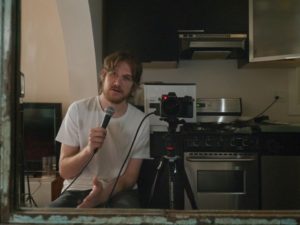 Halfway through the special, Burnham turns 30 years old. The special takes a sharp turn from being an unconventional comedy special to an existential crisis disguised as “comedy”. Between songs, the audience is shown clips of Bo talking to the camera about his declining mental health, at one point completely breaking down. Whether these were staged or not is unclear but they are still very emotional scenes that illustrate the toll the pandemic took on him.

The audience watches as Burnham’s mental health slowly deteriorates. This part of the special is probably the most overwhelming. The songs become less silly and cover more subjects surrounding mental health, including anxiety, depression, derealization and suicide. Since the entire special is like a musical documentary of the reality of a pandemic-ridden world through the lens of a somewhat nihilistic and extremely self-aware artist, the special, particularly the second half, is not recommended for people searching for a break from reality.

Burnham performs songs like “All Eyes On Me”, “That Funny Feeling” and “Welcome to the Internet”, which discuss anxiety, depression, derealization and the part that the internet plays in these issues. Many songs from Inside went viral on TikTok after it was released. People shared their reactions to these songs and expressed their opinions about the special as a whole. There were also trends with these songs where people would share aspects of their personal lives and experiences with subjects that were discussed in Inside (mental health, the internet etc.).

The fact that these trends went viral is rather ironic since they almost went against the message Burnham is trying to convey throughout the special. Due to this, TikTok trends associated with Inside have proven divisive amongst fans of the special. Many people judge others for participating in the trends, while others argue that it is still possible to appreciate and enjoy something while recognizing the irony in it. A lot of the creators that participated in this trend understand the irony in what they’re doing, but they share it nonetheless. This is not necessarily a bad thing, after all, art is subjective and can be interpreted differently by different people. In a way, Inside actually contradicts itself, Bo does the exact same thing he critiques in the special, by making the special.

But what makes Inside so appealing and popular among younger generations? As a generation that’s exposed to the internet at such a young age, Gen Z has an increased awareness of the world’s issues and the reality of everything, good or bad. Burnham’s special highlights the common experiences amongst Gen Z and documents the consequences of constant exposure on mental health.

Overall, Inside is truly a cinematic masterpiece and the hype around it is well deserved. Whilst it may not be a traditional comedy special, it is still an entertaining, albeit potentially overwhelming film, that is sure to resonate with almost any audience thanks to the globally shared experience of the pandemic.