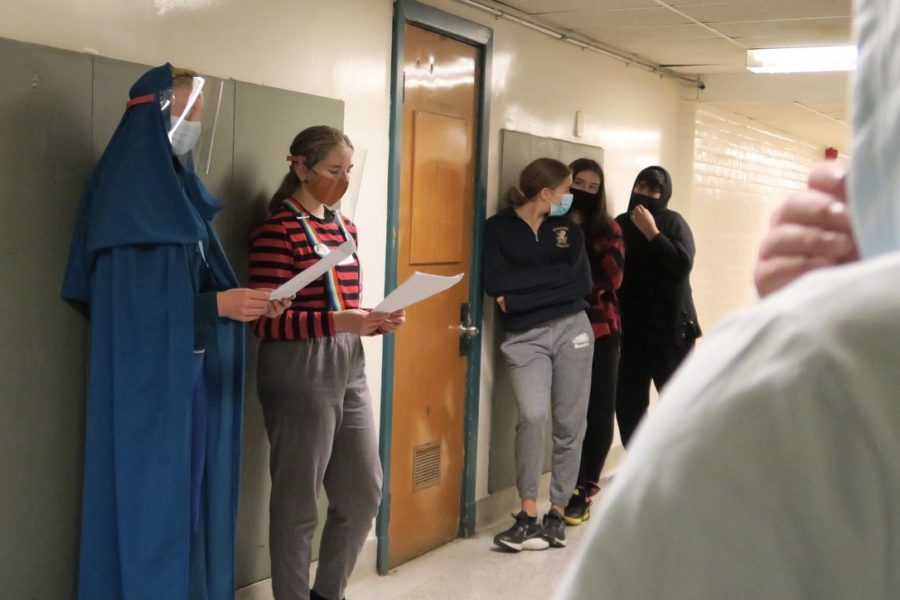 Have you heard of King’s Halloween Haunt Tours?

On the last school day before Halloween, spooky things come to life at King. Older students read spine-chilling tales to grade nines relating to ghostly events during the school’s history. The tour, organized and facilitated by King’s Library Council, also known as KLC, takes grade nine classes around some familiar and odd places around the school. Some of these strange places usually hide behind the public eye, but all of them have spooky stories to be told.

From weird sounds to specific smells, it’s not farfetched to say that it’s natural for an almost 100-year-old school to have elements of strange phenomena.

Grade 12 R.H King student and senior KLC member, Amnah Atta, led one of the haunt tours, and near the end, she eventually realized how eerie these stories were. To end the tour, one by one, grade nines would walk down a dark, neglected, dilapidated stairwell, hidden in the far back of the Heritage room, leading to the backfield. Atta states, “Although reading the stories didn’t scare me at the moment, as soon as everyone had exited the heritage room and I was the only one left behind, I was spooked then. I actually felt that someone was watching me.” Even though she got a bit frightened, it was nevertheless a great experience to invigorate the Halloween spirit. It’s always fun to get spooked once in a while!

Grade 9 R.H King student and new KLC member, Claire Taylor, was one of the select few who participated in both the tour as a grade nine and tour leader. Taylor, who found the overall event enjoyable, states, “I found it so interesting to learn about rooms normally hidden away from students, and to actually see what is inside of them and understand the history behind it.” The Haunt Tour is a fun opportunity to engage students with the school community through storytelling on the spookiest day of the year.

With a school as old as King, it is impossible to uncover everything that happened in the past. Some events and phenomena remain secretly embedded and discreetly hidden in its history. So maybe, just maybe, next time you walk a dark-lit staircase alone or feel eyes on you in the emptiness of a room, it may not just be you.

If you are curious about some of the ghost stories told in the tour, do not be afraid to check it out [here].