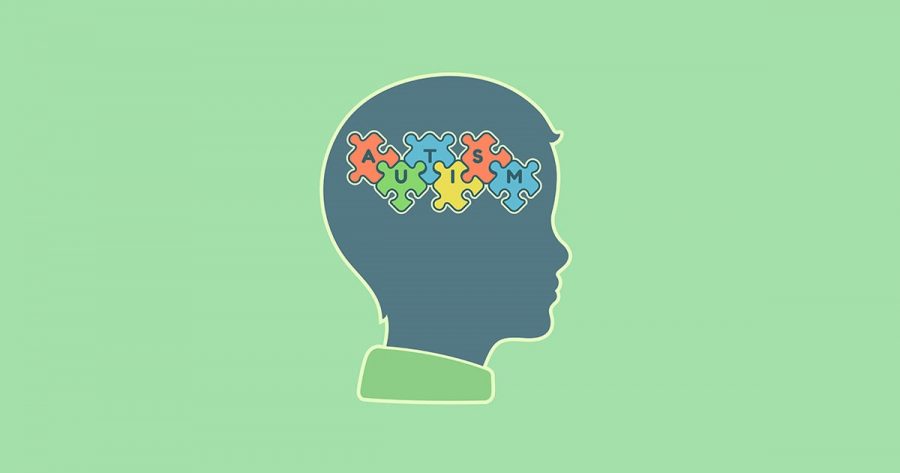 Loud and Clear: The Fight For Autism Rights

On Friday, April 30th, influencers and celebrities alike will be participating in a livestream show entitled Color The Spectrum, to raise money for Autism.

A week ago Mark Rober posted a video called The Truth About My Son. It talks about how his son is Autistic, and about a charity livestream Rober will be hosting.

Andy Samberg, Mark Hamill, Zach King, Stephen Colbert and Paul Rudd are just a few of the many people attending and raising money towards the event. The live stream is run by NEXT For Autism, an organization whose mission is to help Autistic people and their families. This company has a fairly good-hearted and clean reputation, but with further research, one can find many hidden issues with the institution.

First of all, what is Autism?

Autistic people often have a different view of the world, themselves or others. They often also have a different thought process than others, which allows them to excel in specific subjects or activities (ie. Art, Biology, Poetry). Some famous Autistic people are Albert Einstein, Charles Darwin, Andy Warhol, Wolfgang Amadeus Mozart, Sir Isaac Newton, Emily Dickinson and many many more.

And while ASD does come with unique aspects, there are many negatives to it as well. Autism usually presents as difficulties with social interaction and communication, as well as repetitive and sudden movements. Often, Autistic people’s natural inclinations infringe on society’s standard of politeness and “normalness”. People who are Autistic can sometimes need care throughout their whole lives.

Many Autistic people have greatly impacted our world, working well with the coordination and leadership of Neurotypical people. Unfortunately, it is seen as a “disease” or a “curse” by some non-Autistic people. Cures, therapy and medicine have all been attempted to help “fix” people diagnosed with ASD.

One of the major solutions still being sought is a “cure”. Here is where the word eugenics comes in. Eugenics is essentially how to arrange the human population to increase characteristics viewed as desirable. The word was majorly used by the Nazis to justify their treatment of Jews, disabled people, and other minority groups.

A cure to Autism would be eugenics. And since it is a neurodevelopmental disability, a “cure” would directly harm the brain or possibly kill the person. The discovery of this solution would erase a whole group of people that could potentially contribute so much to the world.

Another one of the major solutions used is ABA or Applied Behavior Analysis. Often compared to gay conversion therapy, ABA is used to teach an Autistic person how ‘not to be Autistic’. Again, this is considered a form of eugenics. It forces them to mask being Autistic and try to be ‘neurotypically passing’.

ABA-trained psychologists use force and a reward system to stop a person from having natural compulsions. Forced physical contact, eye contact, and manual labour are often used. Additionally, ABA has been linked to many cases of PTSD, anxiety, depression and even suicide.

In some cases, Autism is treated as a disease and sometimes thought to need eradicating. Just to be clear, ASD is not an illness, or a curse or cancer, and it should not be treated as one. Instead of expending resources trying to ‘fix’ Autistic people, money could be better spent spreading awareness.

For example, in 2004 there was a large controversy that vaccines could cause Autism, but that was quickly scientifically disproven. Scientists and Autistic advocates repeated the same information: Autism is mostly hereditary. Unfortunately, it left many people with a negative view of ASD and caused much discrimination.

That discrimination is sadly visible in charities that are meant to support Autistic people. One of the major organizations is Autism Speaks. It is the largest ASD foundation and yet is one of the worst in the world.

I work faster than Pediatric AIDS, Cancer and Diabetes combined. And if you are happily married I will make sure that your marriage fails. ”

Autism Speaks was founded by Bob Wright, after his grandson, Christian, was diagnosed with autism in 2004. It started as an organization to spread awareness for Autism, but it quickly grew much darker. It partnered with The National Alliance for Autism Research (NAAR) and began its search for a “cure”, enforcing eugenics. In the meanwhile, Autism Speaks started using and promoting ABA.

To be fair, Autism Speaks did technically spread awareness, in the form of horrible ads. The first, Autism Every Day, featured a mother talking about how she thought about driving her Autistic kid off a bridge. The second, I Am Autism, spoke about ASD as if it was a demon destroying lives, marriage, and everything it touches.

Now how does this relate to NEXT For Autism?

NEXT is partnered heavily with Autism Speaks. They mirror each other similarly, and it is frightening to many in the Autistic community. NEXT is also strongly allied with ABA certification programs, the conversion-like therapy mentioned earlier.

They are also actively searching for a “cure”.

And while NEXT For Autism is a non-profit organization, they do receive many donations. But the money doesn’t actually go to Autistic people and their families.

Only 4% of the money goes towards families and support services. 52% goes towards advertising, fundraising, administrative and miscellaneous costs. And a whopping 44% goes towards research alone. Yet, there have been little to no discoveries produced from their research team.

Additionally, NEXT is founded by, and run by, non-autistic people. In fact, the Co-Founder of NEXT (Harry Slatkin) stated in an interview about how he and his wife would cover the pool to stop his Autistic son from drowning in their backyard pool. Slatkin then continued to say how he wished his son would drown to ‘relive him of his pain’. That statement is false, as Autistic people are not distressed due to their disability, and instead mostly suffer from the uneducation of others.

Only this year did NEXT create an advisory board in addition to the Board of Directors. There are very few Autistic people, only totalling 5. Unfortunately, there are a handful of ABA-certified psychologists on the board as well.

It may be worth noting that NEXT For Autism has changed and erased information on their website without acknowledging it. Additionally, the website of the Center For Autism and the Developing Brain (CFADB), which they own and run, was also changed. Any statement or article of curing or preventing ASD has been erased from both sites. Although all ABA-related statements are still there, and NEXT has reiterated its support of it.

Many in the Autistic community is in an uproar about this, as they want to feel heard. Many are reaching out to their favourite influencers who are participating in the event. And rest assured, some influencers have already withdrawn.

Rhett and Link (Good Mythical Morning), Colleen Ballinger, Karl Jacobs, and Jacksepticeye have all responded to the fans’ comments saying that they are talking with NEXT, and are withdrawing from the event. It is assumed that they were not informed and only just realized the issues. And over the course of the next week, more will likely follow.

Or you can also sign the petition aimed towards stopping the event: https://www.change.org/p/mark-rober-change-mark-rober-s-eugenics-campaign?utm_content=cl_sharecopy_28445633_en-AU%3A0&recruiter=52840021&utm_source=share_petition&utm_medium=copylink&utm_campaign=share_petition.

Loud and Clear: The Fight For Autism Rights