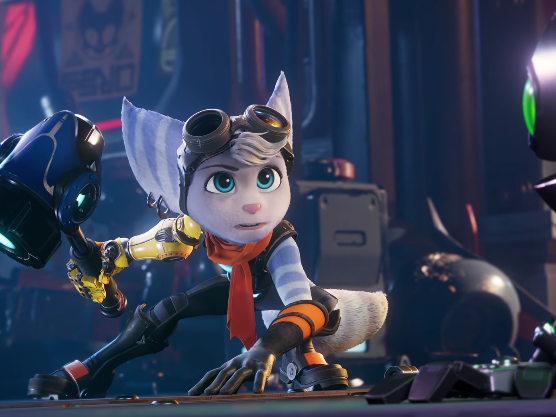 A huge PS5-exclusive game Ratchet and Clank: Rift Apart is coming to PS5 consoles on June 11, 2021, as the newest game in the Ratchet and Clank series. This game, developed by Insomniac Games, aims to be the most ambitious and enjoyable compared to other games in the series.

According to Insomniac creative director Marcus Smith, Rift Apart will be a good starting point for people new to the Ratchet and Clank series. In a PlayStation Blog post, Smith says “If you’ve never played a Ratchet & Clank game before, this is an excellent one to start with as the adventure is a stand-alone storyline, but longtime fans of the series will find deeper layers of connection to previous games”.

The game’s synopsis reads as “When the evil Dr. Nefarious uses a device that can access alternate dimensions to find a galaxy where he always wins, Ratchet and Clank are separated. As they try to reunite, they will meet a new Lombax resistance fighter, explore new and familiar locales (but with new dimensional twists!), and wield a whole new arsenal of out of this world weapons”.

Like other games on the PS5, Rift Apart is expected to take advantage of the DualSense controller features such as haptic feedback and adaptive triggers along with the PS5‘s hardware like the SSD. A huge part of the game will involve Ratchet and Clank travelling through portals to new dimensions. Additionally, the general game design will be unique and will have little to no load time thanks to the PS5‘s high-speed SSD.

Pre-ordering the digital deluxe edition at $99.99 CAD gives access to the Carbonox armor and Pixelizer weapon similar to the standard edition. However, the digital deluxe edition exclusively offers players access to five additional armor sets, 20 Raritanium (a form of in-game currency) to upgrade weapons, a sticker pack to use in the game’s photo mode, a digital artbook, and a digital soundtrack.

Players who prefer to use discs, but still want to access the bonus content from the digital deluxe edition, can purchase the physical standard edition for an additional payment of $10 CAD. The digital bonus content can be purchased from the PlayStation Store.

Ratchet and Clank: Rift Apart coming June 11, 2021 is currently available for pre-order along with the standard edition. Pre-orders for the standard edition are being sold for $89.99 CAD and $99.99 CAD for the digital deluxe edition. The release of Rift Apart marks an exciting time for PS5, as it is set to be in the PS5’s exclusive line-up of games that use and show off the power of the PS5 console.