After two long days of voting, the results of this year’s student council elections are finally in! On behalf of the Kingsley Voice Council, we would like to thank everyone who took time to vote and sincerely congratulate all the candidates who put themselves out there to run for a position on KSC.

The results of the election will be presented in five chapters that will be posted incrementally throughout the day. The winners of the grade eleven representatives and Communications Director will be reported on in this chapter of the King Student Council elections coverage. 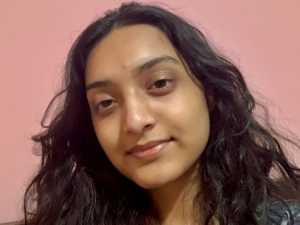 Subah Rahman is a grade eleven student at R.H. King Academy who was recently elected to fulfil the responsibilities of King Student Council’s Communications Director.

It is the job of the Communications Director to manage King Student Council’s media presence, as well as promote upcoming events and maintain communication between the student council representatives and general student body.

Rahman is a hard-working student who, according to her, ran for the position “to have the opportunity to connect with the students of R.H. King while discovering [her] own strengths and weaknesses.”

Now that she has been elected, Rahman hopes to increase awareness of student council initiatives and spread information to every student of R.H. King Academy, regardless of whether they are studying in-school or online. In such an unusual year as 2020, maintaining communication has undeniably been one of the biggest struggles, but with someone like Rahman in charge, that will hopefully become less of an issue. 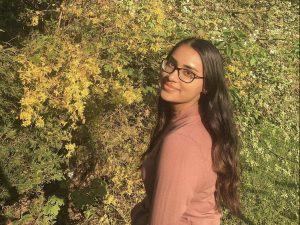 Grade eleven representatives are responsible for communicating with all grade eleven students that attend R.H. King Academy, regardless of whether they are currently being educated in-school or online. They listen to any issues, suggestions or praises that grade eleven students may have regarding R.H. King’s culture and educational climate, and then work to address those comments.

When asked why Islam decided to run for King Student Council’s grade eleven representative, she responded: ” I genuinely like being involved in the school. I love getting to meet new people and run different events, and having something fun to look forward to at school makes it a bit more bearable.” She continues by saying: “I felt as though my enthusiasm to be a part of the school community would make me a good addition to the council.”

Now, as a grade eleven representative, Islam vows “to provide opportunities for students to interact with their classmates while still being safe.” Islam acknowledges that a lot of students have elected to switch to online schooling this year, but she believes that virtual barriers should not put a stop to students’ enjoyment of school. She says: “In general, I would like to have a lot more exciting events going on so that students will have something to look forward to other than the end of their quadmester.” 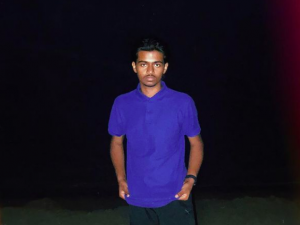 Nimalraj has run to be representative of his grade twice before. He was elected to fill the position in grade nine and fell just shy in grade ten. According to Nimalraj: “I decided to run for KSC because growing up I’ve always considered myself a people’s person. I would constantly put others before myself and that made me feel like I would be the perfect candidate.”

Nimalraj is excited to serve as one of the grade eleven representatives. He summarizes his goals for the council by saying: “I hope to create a memorable and enjoyable year for those in school and at home. These times are very stressful for students and I want to make the most out of it for everyone.”