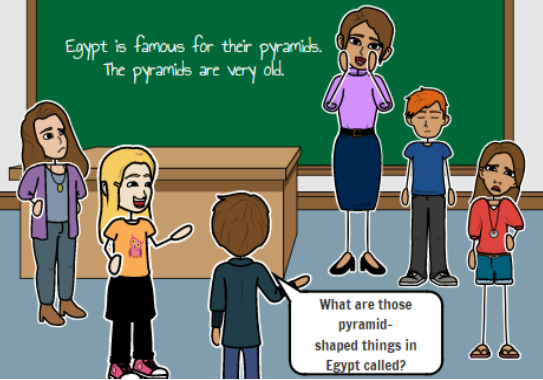 It might seem funny at first, but there’s a drawback to the class clown including distracting the teachers and students.

While there may be some truly deserving individuals who earn the respect of their teachers through academic prowess or being well-behaved, more often than not it seems as though teachers’ attention goes to the ones who are rowdy, disruptive, and obnoxious: the class clowns.
We all know those kids. The ones making sarcastic comments to get a laugh out of their peers, always finding an excuse to draw attention to themselves (good or bad), and the ones who, despite their undying ability to distract, often clearly click with the teacher. Entertaining as it may be to some, does this sort of dynamic discourage others from participating in class?
Naturally, people who share their knowledge during lessons receive the teacher’s acknowledgment. Although when it gets to the point where students use lesson time to socialize with the teachers themselves, others who may want to contribute ideas that are actually relevant to the subject can feel neglected. It only gets worse when teachers give class clowns that extra attention which fuels their behaviour.
In addition, students who have the reputation of being a clown are often getting by with minor consequences for things that would otherwise be unacceptable coming from those who are normally quiet. Jordaine Williams, grade 11, believes that there are double-standards for introverts and extroverts when it comes to getting away with bending rules. “I feel like certain things are just expected of certain kids, so they’re more able to push the teachers’ limits. But let’s just say if I, as a shy person, were to act the same way as them, [the teacher] would be a lot quicker to send me to the office.”
Therein lies the problem. Society sees introversion as a flaw; everyone is always told that the formula for success is to be open and out there, and those who are not, need to speak up. According to former Wall Street lawyer and bestselling author, Susan Cain, school has become a place where only extroverts can thrive. This puts people who are more reserved at a disadvantage, whereas overly outward students continue to earn what is known as ‘extroversion privilege’.
Cecilia Delcampo is a grade 11 student who thinks she does have the upper hand and is more valued in class because she makes her presence known. This is in contrast to Yumna Amer, who feels like her needs are less valued because she is not overly chatty. “I asked the teacher to repeat something (because the class was rowdy) and was denied, where the same instructions were then repeated multiple times for the same people making the noise. I didn’t [want to] be in that class anymore because I felt invisible,” Amer says. So if students feel undervalued in some ways because their teachers always act familiar with the same people, what is to keep them from feeling like their efforts do not truly matter?
As well, Vicki Nishioka, a senior researcher at Education Northwest, feels that “sometimes teachers don’t understand the importance that their relationship with each student has on that student’s identity and sense of belonging.”
So if educators connect socially with only a certain group of people, it may well boost their confidence, meanwhile achieving the opposite effect on their less talkative counterparts. Despite the fact that not every student may recieve equal attention, it may be worthwhile to make a more conscious effort to maintain an inclusive environment.