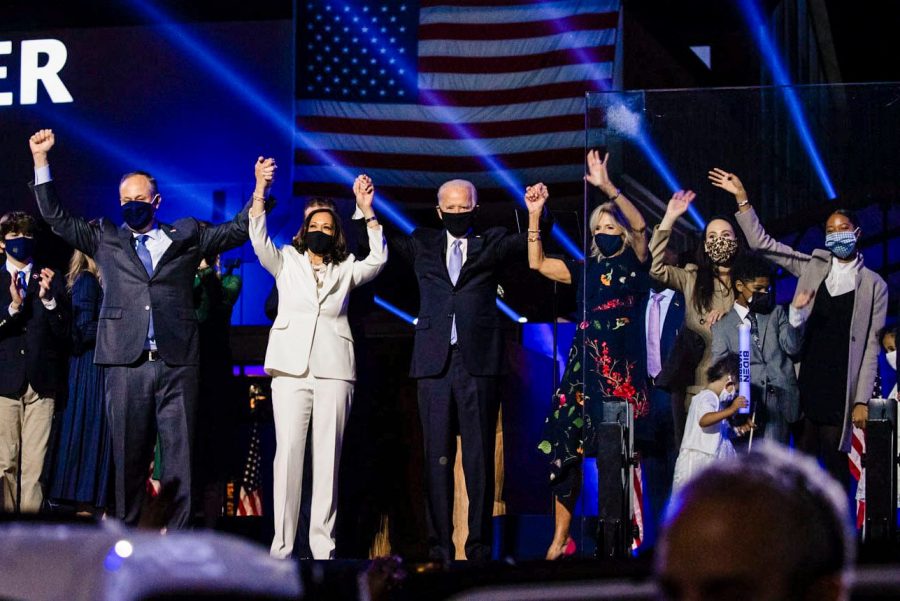 Last Saturday, in one of the most consequential and widely anticipated elections in the history of the United States, Democratic Nominee and former Vice President Joseph R. Biden Jr defeated the incumbent Republican President Donald J. Trump, after securing the crucial swing state of Pennsylvania. As the results stand, the former Vice President is poised to secure 306 electoral votes compared to the President’s 232. This is only the 10th time in American history that an incumbent has lost their bid for a second term.

Results for the election were delayed for days in several key swing states as a result of the circumstances surrounding the pandemic, in which 100,000,000 citizens opted to vote early and 65,000,000 opted to vote by mail. The delay was cause for widespread anxiety in the United States, Canada and several nations around the world, who held stakes in the outcome of the election.

Part of the tension stemmed from President Trump casting doubt on the legitimacy of the results of the election, making several unsubstantiated claims of irregularities in the vote count process and use of fraudulent ballots. He has made no indication that he intends to concede this race either, with his campaign filing several legal cases pending evaluation in court. However, it is unlikely that these lawsuits will reverse the result of the election in any major way, as the margin in most of the swing states is outside the amount necessary for a mandatory recount.

President-elect Biden in his victory speech Saturday night in his hometown of Wilmington, Delaware, sought to strike a message of unity. “I understand the disappointment tonight. I’ve lost a couple of times myself. But now, let’s give each other a chance,” Biden said. “This is the time to heal in America.”

His running mate California Senator Kamala Harris is set to make history as the first woman, first black person, and first person of South Asian descent to serve as Vice President. In her victory speech, she addressed the significance of this accomplishment, “While I may be the first woman in this office, I will not be the last, because every little girl watching tonight sees that this is a country of possibilities,” Harris said.

Vice President Biden won the presidency largely due to his appeal to white, working-class voters in the three key swing states of Wisconsin, Michigan and Pennsylvania, which prior to 2016 had been traditionally democratic states. He was also able to rely on a huge turnout amongst African American voters – widely considered to be the most reliable voting block of the Democratic Party, in cities such as Milwaukee, Detroit and Philadelphia. The Vice President also won in traditionally Republican states such as Arizona and Georgian. Both states have not voted for the Democratic nominee in over 20 years, since 1996 and 1992 respectively. His success in these states was attributed to a breakthrough in the suburbs around cities such as Phoenix and Atlanta, which had reliably been republican.

President Trump was able to significantly increase his party’s support amongst Latino voters during the election, particularly in the states of Florida and Texas. Cuban voters, a key demographic in the State of Florida, voted for the President by a margin of 13% according to NBC News exit polls, giving him a much more comfortable victory of nearly 400,000 votes in the Sunshine State compared to his 2016 margin of 100,000. In Texas, despite a huge effort from democratic activists and donors to turn the Lone Star State blue for the first time since 1976, President Trump held on by 600,000 votes. While Vice President Biden made inroads in the suburbs around populous cities such as Houston and Dallas, President Trump offset these gains by gaining ground amongst Mexican voters in the Rio Grande Valley, a traditional base of democratic support in the state.

In spite of the ongoing Coronavirus pandemic, turnout in this election reached a record high, with almost 150,000,000 eligible voters casting their ballot, with counting ongoing in several states. Vice President Biden achieved a significant milestone, winning the most votes of any candidate in the history of the United States, with President Trump securing the second most votes of any candidate.