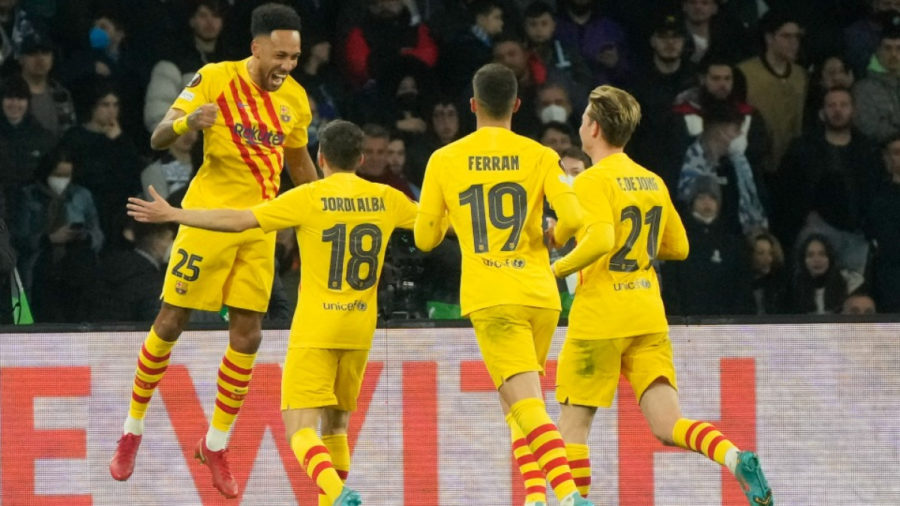 The Downfall of FC Barcelona: Is there light at the end at the end of the tunnel?

The year was 2015, and FC Barcelona had won the champions league for the fourth time since 2009. The team filled to the brim from Marc-Andre Ter Stegen in the net and Gerard Pique and Andres Iniesta in the midfield and defence. They are the best-attacking trio in football’s history alongside Neymar, Luis Suarez, and Lionel Messi. Within half a decade, the team went from the best club on earth to a mediocre club, a shell of their former selves.

However, it seems like the Blaugrana (another name for the team) has turned a new corner. Under new coach Xavi Hernandez, the team went from 9th place to 4th in La Liga. After being knocked out of the Champions League, they found a new life in the Europa League. So is FC Barcelona back? To answer this question, it is important to review the team’s history.

After 2015, the team was still good, but it was not up to par with 2015. This is because Barcelona turned from its identity. Like most big clubs, Barcelona usually bets money on the best players, but they supplement and teach players from Barcelona’s youth academy, La Masia, contrary to most other clubs. This is how Barca (another name for the team) managed to be a menace from 2005 to 2015. Take the 2009 team, arguably the best team ever assembled. Yes, they bought players like Thierry Henry and Samuel Eto’o. Still, their core was made of exclusively La Masia graduates like Iniesta, Messi, and Xavi.

However, after 2010, the team started investing less and less time into La Masia. From 2010 to 2018, the only player to have graduated from La Masia and played as a regular in the first team was Sergi Roberto. As a result, Barcelona has been spending big to replace older talent instead of integrating younger players from La Masia into the team. Players who have not been taught to play the Barcelona way. This has a double effect of forcing Barcelona to move away from their identity to cater to these new players.

The problem that has accelerated Barcelona’s downfall is the club’s financial structure. In particular, the club’s activity in the transfer market from 2017 to 2020. After the departure of Neymar for 222 million pounds, instead of investing the money in the academy or saving it, the club blew it on Ousmane Dembele, Philippe Coutinho, and Antoine Griezmann for a combined 425 million euros, all of whom have failed to live up to expectations. This, alongside giving ridiculous wages to those players, the likes of Samuel Umtiti, Clement Lenglet, and Miralem Pjanic, as well as the recent Covid pandemic, put Barca in $1.2 billion in debt, even though they made 729 million euros. The most amongst all Spanish teams. 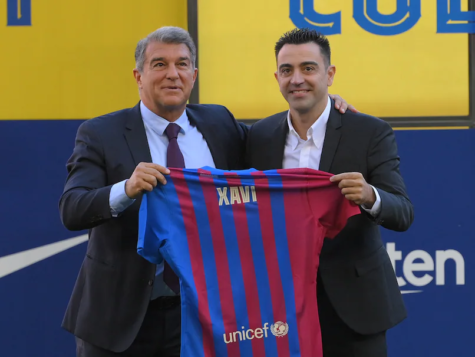 All of this, as well as a revolving door of new coaches, on top of the countless mistakes under the recent president, Josep Maria Bartomeu, led to the beginning of this season where the team, after ten games, were in ninth place in La Liga and were in last place in their champions league group.

Things are beginning to change now with Xavi Hernandez as the coach. The team’s position in the standings has improved and the team is made up primarily of young talent. They are finally starting to solve their financial problems. This leads to the original question of if the Blaugrana is back. The answer is no, but the team is going in the right direction. As previously stated, the team is starting to perform again, and getting out of debt will allow the club to spend on the transfer market again. If they can stay on the path that their going on and can spend responsibly, the club will be back to their trophy-winning frenzy in due time.