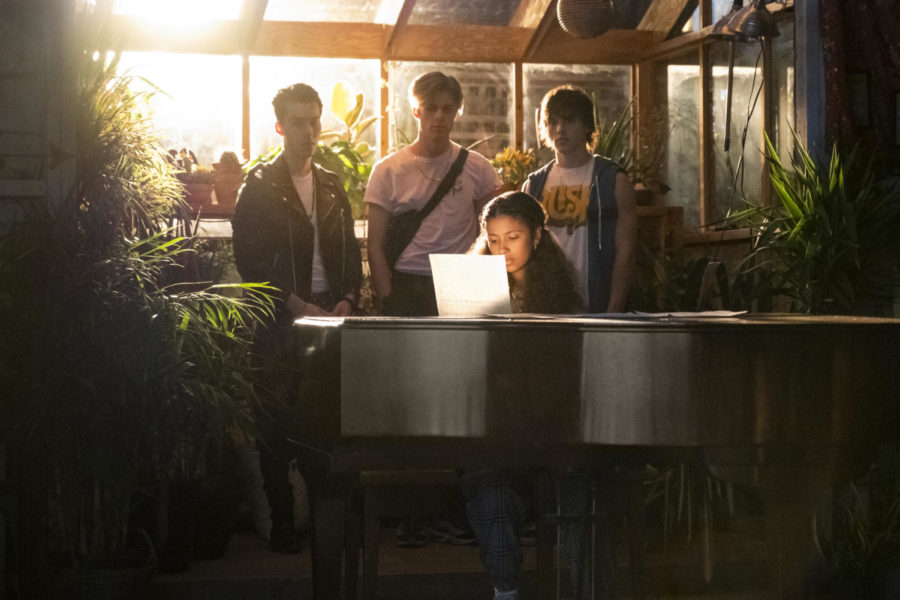 Julie and the Phantoms; A One Weekend Watch 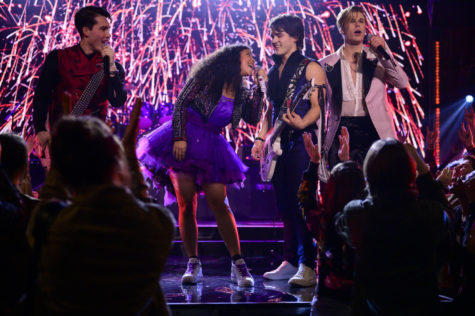 Julie and the Phantoms is a fantastic musical tv series about a band of boys who die and are reincarnated as ghosts after a girl named Julie accidentally summons them by playing their music.

Julie lost touch with music after her mom died but the three ghosts – Luke, Reggie and Alex – help her find her passion for it again. With betrayal, friendship, and an evil spirit that is determined to trap the trio of ghosts, audiences are sure to have a great time.

The characters themselves are each unique and work well together. While they are an ensemble, Julie, Luke, Reggie and Alex each have their own moments, relationships, and problems while maintaining chemistry with each other. Even side characters like Flynn and Carrie are engaging, with Flynn dropping hilarious one-liners and Carrie having two annoyingly catchy songs.

The music in Julie and The Phantoms is just spectacular. The music, the lyrics, everything just connects with me and many other people. The soundtrack on its own without even thinking about the show itself is just amazing.”

The soundtrack for Julie and the Phantoms is astounding in its own right. The range of emotions in the songs are perfect for any mood. While there are gut-wrenchers like Unsaid Emily, there are also more funny and light-hearted songs like All Eyes On Me.

While the show’s target audience is pre-teens, many older people also love this show. So much so, that there have been many petitions for another streaming service to pick it up since Netflix cancelled it after only one season.

Since this series is only 9 episodes, anybody looking for a show to binge-watch over the upcoming Family Day long weekend can check it out on Netflix.