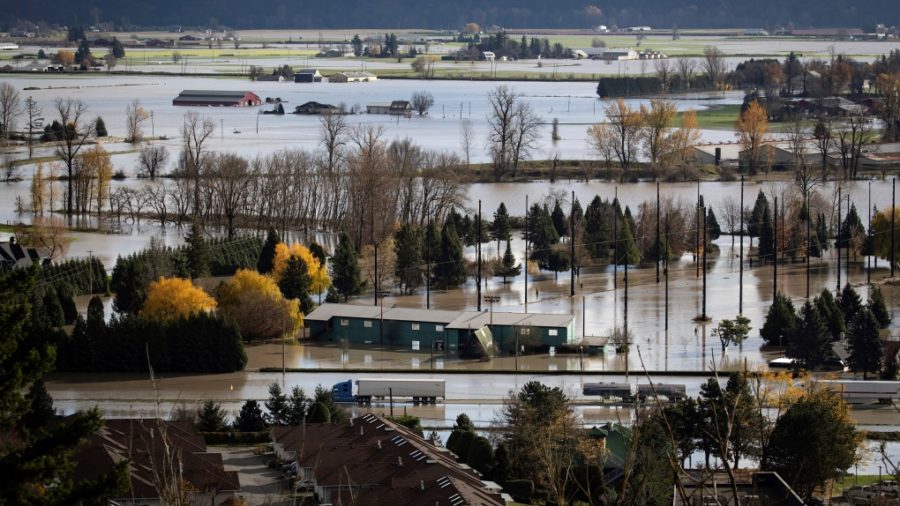 British Columbia, known for its mountains, lakes, and islands, is now bombarded by flooding. It is causing the thousands of inhabitants of the land to evacuate and leave their homes behind. Farmlands have gone to waste, and the province is still expecting more unprecedented rainfall.

The B.C. government declared a provincial emergency to reduce the pressure on transportation networks supplying essential goods and supplies in B.C. It will also support the provincewide response and recovery from the widespread damage caused by severe flooding and landslides in British Columbia. “Getting our rail and roadways back up and in operation is a top priority, and the declaration will enable us to put the resources in place to make that happen,” Mike Farnworth says, the Minister of Public Safety and Solicitor General, in the state of emergency declaration on November 17, 2021.

The entire city of Merrit, which includes more than 7,000 people, was forced to evacuate the town as city officials ran through the city, knocking on doors yelling, “get out! You need to get out!” which Nany Macdonald reports in her article from The Globe And Mail. Like many others in town, the O’Toole family recently learned that their insurance does not cover flood damage, which means they are on their own. For the first time in a week, some 1,500 Merrittonians were allowed to return to their original homes. At least 700 residences and three schools are a wreck because of the floodwaters. Some 1,100 of the district’s 2,400 students will not be returning to in-class learning anytime soon. The town is slowly recovering, but the loss and sorrow of residents are still evident.

Numerous farmlands were also struck by severe flooding and landslides, causing many farmers grief and pain over their lost crops and years of hard work. But thankfully, many farmers have adopted a positive mindset and are determined to rebuild what they lost. They plan on starting from scratch, and with the help of a strong community, they believe anything is possible, reports Kristen Robinson in her article from Global News. Farmers and community members also came together to save almost 50 cattle stranded on a WestGen farm in the submerged Sumas Prairie, known as the heart of B.C.’s agriculture sector. Rescuers jumped on jet skis, boats, canoes, and dinghies to push and pull the dozens of frightened and often hesitant cows to safety. The heroic effort brought excellent results as there were more than 200 animals rescued from the floods.

Although communities are still reeling from major floods and fatal mudslides in southern B.C., they must face another series of storms as key highways remain closed. Environment Canada issued a series of rainfall warnings for regions throughout southwest B.C. overnight on Thursday, November 25. Up to 80 millimeters of rain is to fall near the mountains and 50 millimeters near the coast. Aid from the military is alleviating some of the pressure on British Columbians as hundreds of military personnel are helping with emergency management operations in the province.