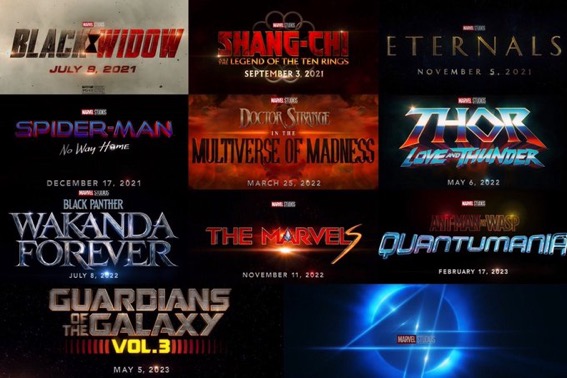 The age of heroes has returned.

In the short video called Marvel Studios Celebrates The Movies many emotions were felt across the fandom. It opens in New York and clips of various MCU movies. Overtop is a beautiful speech by Stan Lee, talking about family and community.

Lee continues to talk about how while the world changes and grows unfamiliar, no doubt a hats off to the global pandemic from Marvel Studios, one thing remains the same; family. This hit many in the community right in the heart, as some found home thanks to Marvel.

The first time I watched it I cried. Marvel gave and taught me so much”

The video shows many emotional moments, such as Tony Stark seeing Peter Parker again after 5 years due to the snap. It also shows Chadwick Boseman, recently deceased, with the famous “Wakanda Forever” line.

This video touched the hearts of many Marvel fans, bringing with it excitement and sweet nostalgia. It has been 13 years since Iron Man first came out, and many remember the MCU fondly.

One of the firsts movies I’ve ever watched in theatre was The Avengers. And since then we’ve gone to watch every Marvel movie during its opening weekend.”

Along with the fond memories came sparks of sadness, at the end of the Iron Man era. Clips of fans reacting to Avengers: Endgame on opening night were shown, along with the death of Tony Stark. This paired with the voiceover from Stan Lee was very emotional to many.

And while remembering the past, we must move on to the future.

The preview then transitions to teasers for upcoming movies such as Black Widow, Shang-Chi and Eternals. It reminds us that while the past will be here forever, there is more to the future than we can imagine.

Names, dates and title cards were shown for upcoming movies, many of which were new releases. Dates for the next 2 years have been set. And fans are excited.

Phase 4 will be something different from the rest, yet completely familiar within the homes of many.

Watch the video at https://youtu.be/QdpxoFcdORI