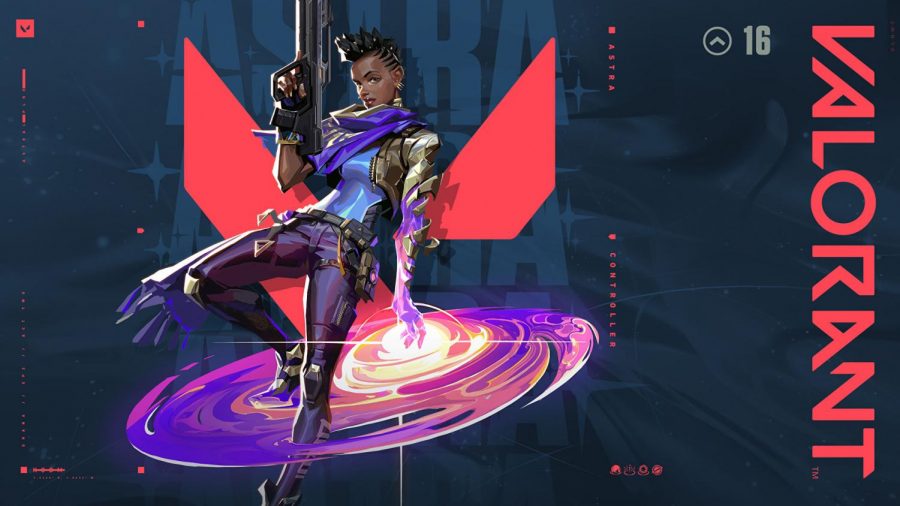 Valorant, a newer FPS (first-person shooter) PC video game has released its second Act, and with it a new agent.

Riot Games, the developer of both Valorant and League of Legends, was very proud to release the agent and was received positively.

Valorant is a five-man FPS video game, where the main objective is to win 13 rounds in a competitive format. There are two sides, attack and defence. Similar to CS:GO the attack side plants a bomb on a site, and defence must hold the sites and defuse the bomb.

Agents are playable characters with different appearances, ages, gender and race. They all have individual abilities, from flashbangs to healing orbs. Many players in the game learn to master one specific agent.

The new agent, Astra, hails from Ghana and is the 15th playable agent in the game. She belongs to the controller class and completely reshapes meta and strategies within the game.

Her utilities and economy are based on stars, which costs 200 credits each. It acts as a resource and a placeholder for all her other utilities. Using X, the ult button, you can fly up in her astral form (similar to Omens smokes) and place down the stars.

Her C ability is Gravity Well. It activates a star and forms it into something similar to a black hole. Players in the area are pulled towards the center until it explodes, making all players inside vulnerable.

Her Q ability is Nova Pulse. It activates a star and charges its energy briefly. Players must run out or react quickly to avoid the Pulse. It then detonates and concusses the players in its radius.

Her E ability is Nebula, or Dissipate. It activates a star and transforms it into a Nebula (a smoke). It blocks vision and separates players. All controllers have an ability similar to this.

Her ultimate ability, or her X ability, is a wall that separates the whole map. It blocks sight and sound, as well as gunfire and some abilities. It takes 7 points which you can gain from rounds and kills.

By being able to control the map and benefit the team members from offsite, she completely changes the meta when playing with or against her.

In addition to being the first agent to control all her abilities from afar, she is also the first female agent from Africa. The first was Cypher, who is a Morrocan spy.

Compared to other games, most notably Dead By Daylight, Valorant receives a large amount of positive feedback. They are very active within the community and listen to the suggestions the players have offered.

Valorant is also one of the top-rated free FPS PC video games. They make their money off of in-game skins on 17 different guns and knives. These skins can cost ~$16 and bundles of 4-5 skins can cost up to $62. Many players own at least 17 gun skins and 1 knife skin. Many players also own sprays, collectable paint patterns that can be earned or bought.

Overall Valorant is a very high-quality video game and the new agent is a very welcome addition to it. It is very recommended to try it out if you own a PC and give FPS games a shot. If you would like more information visit the website at playvalorant.com