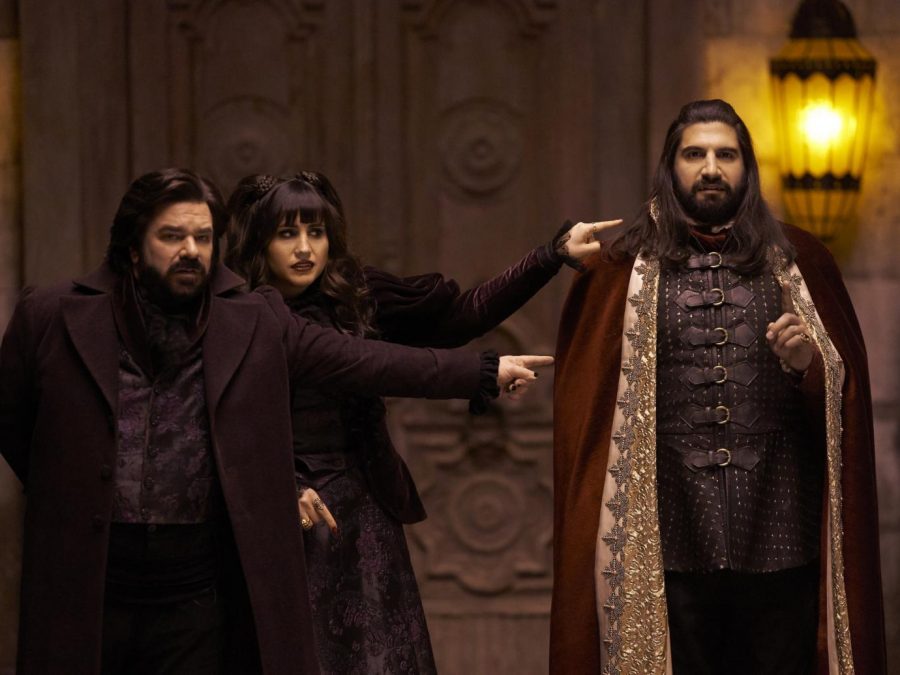 What We Do in the Shadows: ‘The Office with Vampires’

The Office, a mockumentary-style sitcom from the 2000s, has found a new audience amongst young people. While it has been almost eight years since the workplace comedy aired its final episode, it continues to grow in popularity. However, after dozens of rewatches, the Emmy-nominated comedy What We Do in the Shadows may be just the fix for Office fans looking to expand their palettes.

The series follows four vampires; Nandor, Laslov, Nadja and Colin Robinson as well as their human familiar Guillermo, who all share a flat in Staten Island. Nandor and married couple Laslov and Nadja are typical run of the mill vampires, while Colin Robinson is what he refers to as an energy vampire; instead of drinking blood, he bores and annoys people in order to feast off of their energy. Guillermo is a human who longs to be a vampire and thus loyally serves his master Nandor, who he hopes, one day, will finally make him a vampire.

Stefani Robinson, one of the head writers and executive producers of What We Do in the Shadows, said in an interview with the LA Times that: “The easiest way that I’ve been able to describe [the show] is, The Office with vampires.”

With an enjoyable plot and a set of characters that audience members will die for, What We Do in the Shadows is a comedy that ranks at the top of my list, with The Office at a close second.”

One of the most evident similarities between the two shows is the consistent mockumentary style. While since the UK version of The Office first premiered, an abundance of television shows, like Modern Family and Parks and Recreation, have opted to follow a similar format. Yet in most of these cases, show runners have neglected to make it abundantly clear whether a documentary crew was following their characters around or whether it was merely a stylization. What sets What We Do in the Shadows and The Office apart from other mockumentary-style sitcoms is their regular acknowledgement of the camera crews. Characters often give the camera’s side eye-glances, and the logistics of following the characters around is often a source of comedy. Camera crews are also sparsely shown on-screen and are almost considered characters in their own right.

Both shows also highlight similar senses of humour. They both seemingly walk the fine line between deadpan and outrageous comedy effortlessly, albeit What We Do in the Shadows is undeniably more macabre and quirky. Mark Proksch, who played Nate Nickerson on The Office, a warehouse employee who helped carry the later seasons of The Office, also has a starring role as Energy Vampire, Colin Robinson on What We Do in the Shadows.

What We Do in the Shadows is the pinnacle of modern comedy,” says grade eleven student Brenna McDonald. “I feel that Office fans everywhere will rejoice upon watching it. These funky vampires are just as hilarious as the workers at Scranton’s finest paper company.”

What We Do in the Shadows is based on a 2014 independent film of the same name, starring, written and directed by Kiwi legends Taika Waititi (Jojo Rabbit) and Jemaine Clement (Flight of the Conchords), who serve as creators and executive producers of the television series.

What We Do in the Shadows airs on FX, and all the episodes can be streamed through FX Now, the channel’s on demand platform.