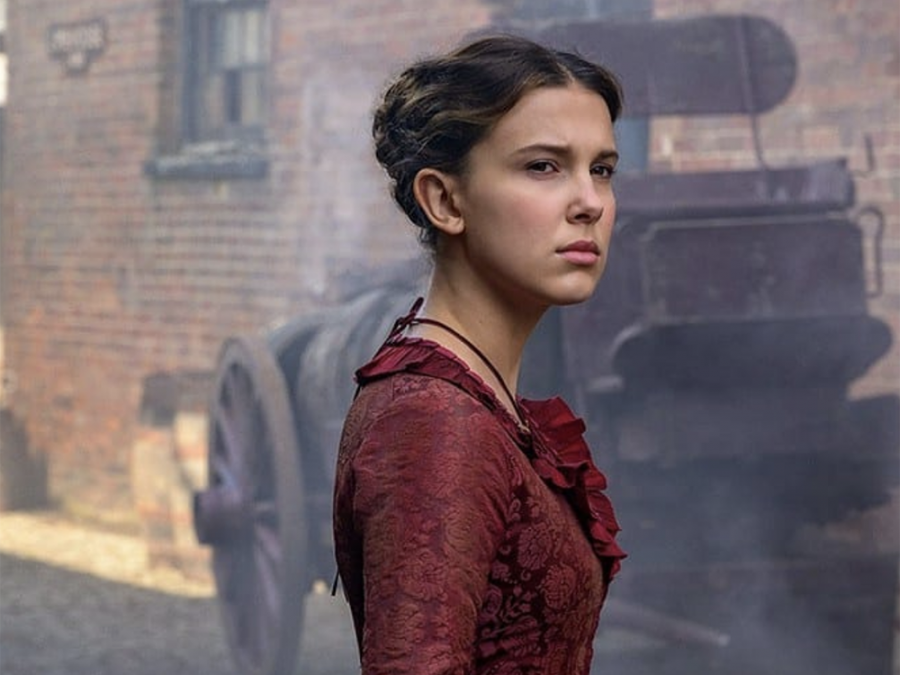 Netflix’s own “Enola Holmes” comes in at second place this week on the Nielsen Streaming List, with the amazing acting and producing done by the talented Stranger Things star, Millie Bobby Brown.

“On the surface, ‘Enola Holmes’ is about a young woman in search of herself, but the film’s value comes from a deeper investigation of power, familial bonds and the risks of changing a world determined to stay the same,””

This movie follows a 16-year-old teenager named Enola Holmes and her quest to find her mother after she disappears. If the name Enola Holmes sounds familiar, it’s because it is. Enola is the younger sister of the famous detective Sherlock Holmes, and the not so famous Mycroft Holmes.

The mystery/adventure film takes place in 19th century England when a mother (Eudoria) gives birth to a beautiful baby girl and names her Enola, which when arranged backwards, spells ‘Alone’. Her name is strange considering the fact the child is never actually left alone. Eudoria teaches Enola about reading, science, and sports. She focuses more on the martial arts, and jiu-jitsu. She spends her days instilling in Enola that she can do whatever she wants and be whoever she wants.

16 years later when Eudoria is missing on Enola’s birthday, this smart, fearless and self-reliant teen goes searching for her missing mother, outsmarting her witty detective brother, all while trying to stay alive and protecting the runaway Lord Tewksbury, who she meets along the way.

Overall, Enola Holmes was rated 91% on “Rotten Tomatoes” for being a great adventure, crime and mystery movie for all audiences to indulge in.

Want to find out what trouble and adventures Enola gets into while solving an interesting mystery? This movie can be streamed on both Netflix and Disney + with a subscription.