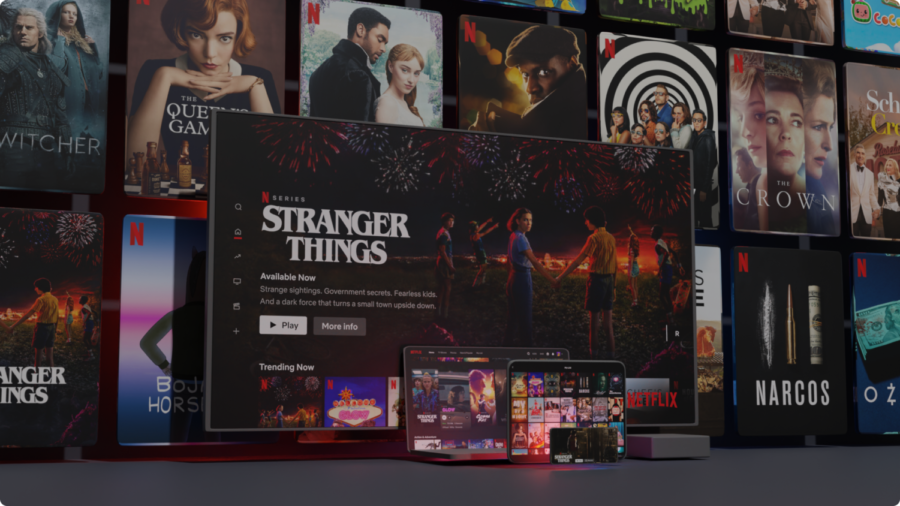 With drastic changes coming to this streaming service, will Netflix ever be the same?

Netflix plans to introduce advertisements to their streaming services in the near future in addition to increasing the price of its monthly services. It is currently unknown why they plan to make these changes, however, people speculate that these changes are being made to combat Netflix’s stock market value plummeting.

Following the start of 2022, Netflix has seen two major drops in stock market value severely damaging the financial stability of the company. The company was valued at $691.69 USD at its peak on November 17, 2021. Since then, the value of the company has drastically dropped, with major dips taking place in January 2022 and April 2022. The company has lost hundreds of dollars in share value with each stock now costing around $300 USD (as of December 2022). As a result of this massive drop in value, Netflix is quickly making major changes to their streaming services.

Many other streaming services such as HBO Max and HULU have advertisements along with their paid subscriptions offered at lower prices. Netflix plans on introducing a system similar to that: a lower-priced plan with commercial interruptions as well as a higher-priced, ad-free subscription near the end of 2022. In addition to this, Netflix is cracking down on account sharing by charging higher prices for shared accounts.

This begs the question, after all these changes will Netflix still be worth its hefty monthly subscription cost? The reason why streaming services became so popular in the first place was because they served as an affordable, commercial-free, on-demand alternative to cable television. With the increasing prices of these services, multitiered subscription plans, blocked content and now ad interruptions, many users are questioning whether or not these purchases are worth it in the first place.