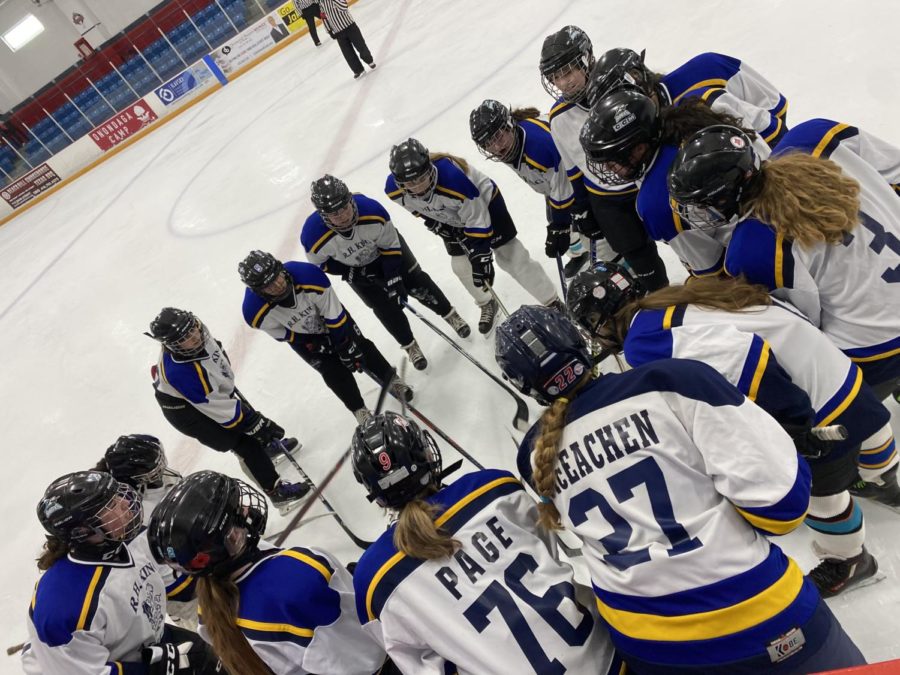 Here at King, there are a variety of winter sports starting up soon, including ice hockey. The teams play a variety of schools that are broken up into tier one and tier two. Tier one is the higher level while tier two is a lower level. After finals are played and winners are decided, the top team from tier two moves to tier one, and the bottom team from tier one moves to tier two to even out the divisions. Typically, schools will have a team in each division, but that requires more people wanting to play hockey at school, which King does not have.

This year the boys’ team has another chance to win the semifinals this year and possibly even the finals. The girls’ team also has another shot at winning, as East York is now in tier one and not many players graduated last year. A major issue in school sports is that a large part of the team graduates every year, but only four players on both the girls’ and boys’ teams graduated and there was a surplus of Grade nine players.
Both teams will have a better chance this year with both a standard season and, most likely, the opportunity for practices. With all these advantages, hopefully, King will be able to bring home more medals this year.