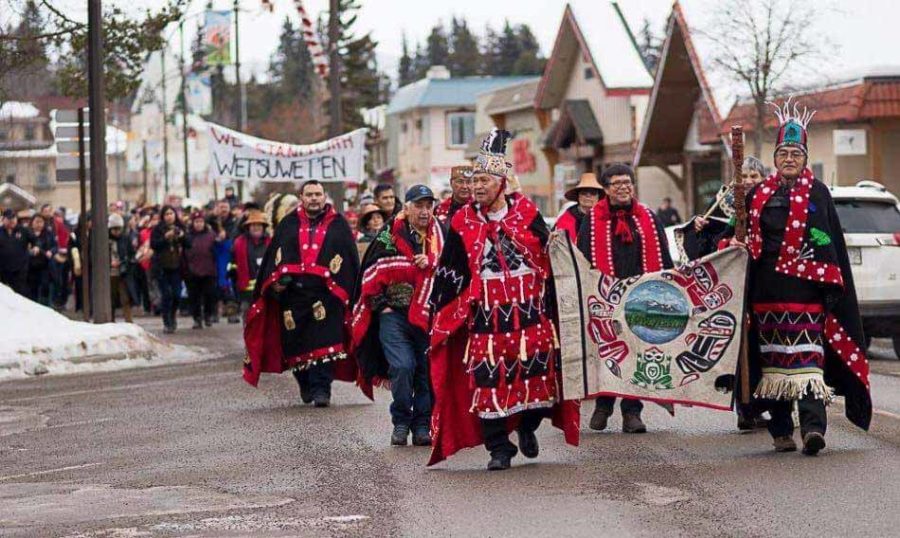 Nearly two years ago in January 2020, some Wet’suwet’en hereditary chiefs, who are representatives of the nation with decision-making power over traditional territory, came together and formally evicted the Coastal GasLink (CGL) pipeline company out of their territory. Land defenders have set up crucial checkpoint camps on the territory since then, upholding Anuc‘nu’at’en (Wet’suwet’en law) by protecting their sacred land and waters from this construction.

Aside from Coastal GasLink (and its parent company, TC Energy), there is another organization land defenders are up against: law enforcement. Local police and RCMP (especially the CIRG division) have been called in to enforce the injunction that ruled in favour of the pipeline—a court order that prohibits anyone from “physically interfering” with CGL work. This injunction has not taken the “free, prior and informed consent” of the Wet’suwet’en as a whole, represented by their hereditary chiefs, into account.

Up until now, there have been three “heavily militarized raids” on Gidimt’en Access Point, Unist’ot’en Camp, and Coyote Camp conducted by the RCMP. “The threat of their extreme use of violence and force… hasn’t gone away since the day of the raid,” Sleydo’ stated in an interview with Al Jazeera, referring to the first raid in January 2019. “It looked like something out of The Shining,” Pam Palmater, Mi’kmaq activist and lawyer said about the footage (video warning: anti-indigenous racism and police brutality) of the third raid in November 2021. Palmater continues, “literally the RCMP hacking into the house with an axe and then a chainsaw, meanwhile with high-powered guns directed right at you.”

In addition, the RCMP has at least an indirect conflict of interest in this: the Public Sector Pension Investment Board manages the RCMP retirement pension fund, in which they invest 4.7% in the global natural resource industry according to the PSP Investments website in March 2021. In February 2020, after “PSP Investments reported ownership of CAD $106,899,441 worth of shares in TC Energy,” Vice interviewed James Rowe, an associate professor of environmental studies at the University of Victoria, stating, “This pipeline is literally in the material interest of the retirement security of the RCMP.” 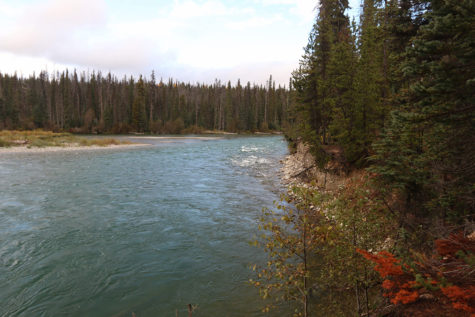 Wedzin Kwa, also known as the Morice River, runs through unceded Wet’suwet’en yintah as well as other First Nations traditional territory. Coastal Gaslink intends to drill under the river from the Wedzin Kwa headwaters—currently protected by Wet’suwet’en land defenders and their supporters at Coyote Camp, which was established in front of the headwaters years ago for this purpose. CGL has already destroyed a culturally significant archeological site and violated permit conditions. Sleydo’ (also known as Molly Wickham), a spokesperson for Gidimt’en clan of the Wet’suwet’en nation, said that the pipeline construction could endanger the spawning salmon. On a larger scale, LNGs (liquified natural gas) such as the CGL pipeline could exacerbate the already-devastating effects of the climate crisis. “If developed, an LNG industry in BC would render the province’s climate targets unachievable,” the Corporate Mapping Project reported.

According to a joint report by the Indigenous Environmental Network and Oil Change International, Indigenous (primarily grassroots) resistance has “stopped or delayed” at least 25% of greenhouse gas pollution on Turtle Island (North America). As the effects of climate change compound and intensify, the criminalization of Indigenous peoples is not the only affected, but also the land they sovereign over, steward, and protect from exploitation.

The primary reason chief Wi’hali’yte states for supporting the pipeline is poverty. Having the CGL pipeline would ostensibly bring more jobs to the community, which has historically been kept poor (like other Indigenous communities) by a mix of systemic racism, land theft, genocide, generations of trauma, and criminalization of Indigenous bodies.

If Indigenous peoples like the Wet’suwet’en didn’t have to choose between poverty and a pipeline, would they still pick the latter?