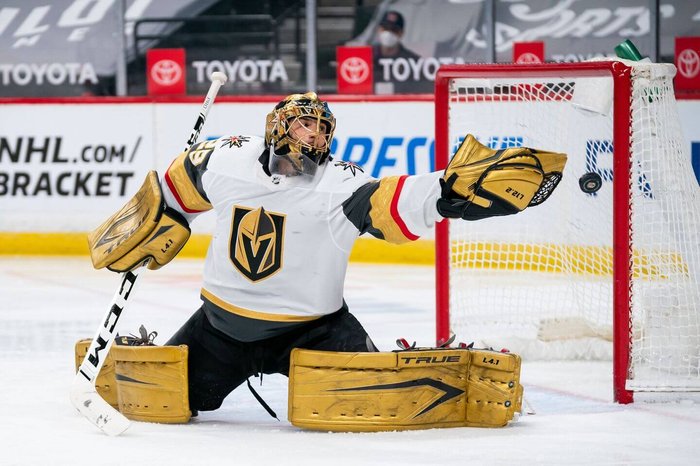 Anyone who is a hockey fan knows the name Fleury. Whether he is on the enemy or the favourite team, it is hard not to root for the guy. Wholesome, sweet, with a great sense of humour, he is the guy everyone wants on their team. He is not only a great guy but a crazy goalie as well.

His iconic saves, more specifically the cartwheel save, gave him the reputation of one of the greatest goalies in the league, until this past season.

When the 2020-2021 season ended, the Vegas Golden Knights, his team of four years, traded him away for nothing. It was a cold shock to Fleury fans everywhere. No one had seen this coming, especially after his big Vezina Trophy win.

Where did he go? The Chicago Blackhawks. A team that is not doing well three months into the season.

Their stats were declining, starting the season off with a nine-game losing streak. It was disappointing for both Fleury and Blackhawks fans. Not to mention the Chicago Blackhawks sexual assault case that threw the entire team and NHL fan bases into an appropriate fury.

Many speculate that Fleury’s lack of performance has to do with the unexpected trade. However, it is more likely due to the poor defence on the Blackhawks’ behalf. From a team like the Vegas Golden Knights who had an amazing defensive system to the Blackhawks, Fleury is having a difficult time holding his team up on his own.

No one can blame him, the team is a mess, and happens to also be dragging Fleury down with it.

Some can argue that it is his time for retirement. As much as it pains fans to even think this, there is a likely chance that he will be retiring next season.

Turning 37 just this past Monday, Fleury has been picking it up recently. Though the Blackhawks still lose a pretty big portion of their games, they did manage to win a few too.

Rumour now has it that due to the picky performance of the Blackhawks team, it might be possible Fleury will be a midseason switch. It is likely that the Edmonton Oilers, Vegas’ number one threat in the Pacific division, will acquire Fleury.

This year is a messy one for Fleury fans, though he is still our man of the game.

The future Hall of Famer goalie has had a great career so far, and fans are expected to see some of him more this season.