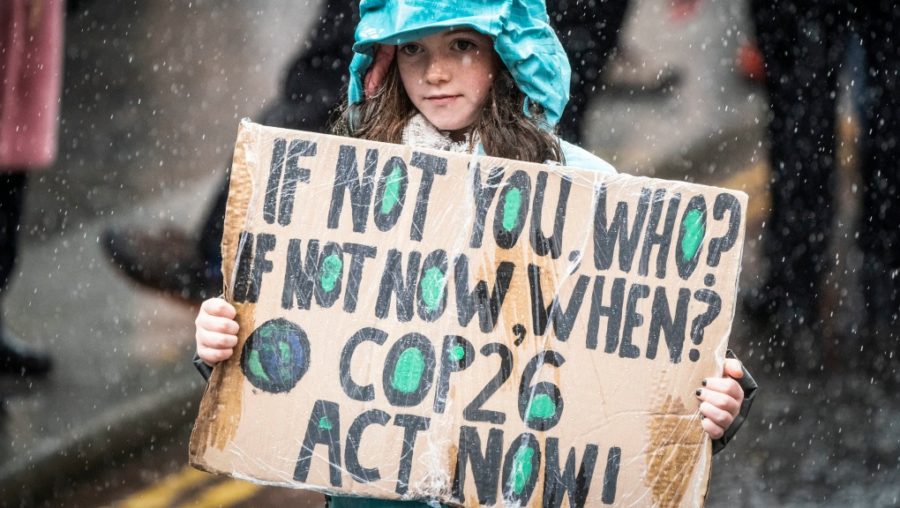 COP26: Are the actions of world leaders enough to save us from the drastic effects of climate change?

The Global Climate Summit, also known as COP26, is an international event where the problem of climate change is addressed. The summit lasts 14 days, and this year, started on the 31st of October and ended on November 13th. Climate change is becoming an increasingly contested issue year by year. This period is extremely crucial as scientists claim that if fossil fuel emissions are not reduced, there will be many more terrible consequences of climate change.  In order to reach the goal of limiting warming to 1.5°C per the Paris Agreement, emissions have to decrease by around 45% by 2030. Unfortunately, they are only being expected to rise by 14% over the next 9 years.

Due to the severity of climate change, thousands of activists protested around the world in order to encourage world leaders to take more action against climate change. During the protest, multiple people chanted “Our world is under attack, stand up and fight back!”. One protest took place in the streets of Glasgow, Scotland on the 6th day of COP26. That morning Greta Thunberg, a Swedish environmental activist, led 25,000 protesters and motivated the crowd with her speech, where she told the crowd that COP26 was a failure.

It should be obvious that we cannot solve a crisis with the same methods that got us into it in the first place. And more and more people are starting to realize this. ”

At the summit, world leaders also discussed the importance of reducing and reversing deforestation by 2030. In fact, Brazil, a country that had cut down large amounts of the Amazon Rainforest, also signed. Though many argue that a pledge that was similar to this had failed, this pledge is being backed up with much more public and private funds. The United States and the European Union also formed a partnership to reduce methane emissions. This will involve companies having to plug in leaks in about 3 million miles of pipelines. World leaders also created an agreement to phase out coal-fueled power plants and avoid building new ones.

This agreement will not be able to end climate change on its own, although it is a step forward in the right direction. Rather than not agreeing on anything, many are considering the fact that all 197 countries have agreed on the “Glasgow Climate Pact” as a minor success. However, many are concerned about what the cards hold if this summit was a success. Due to the severity of climate change, world leaders must act now. There is no planet B and their actions should reflect that.