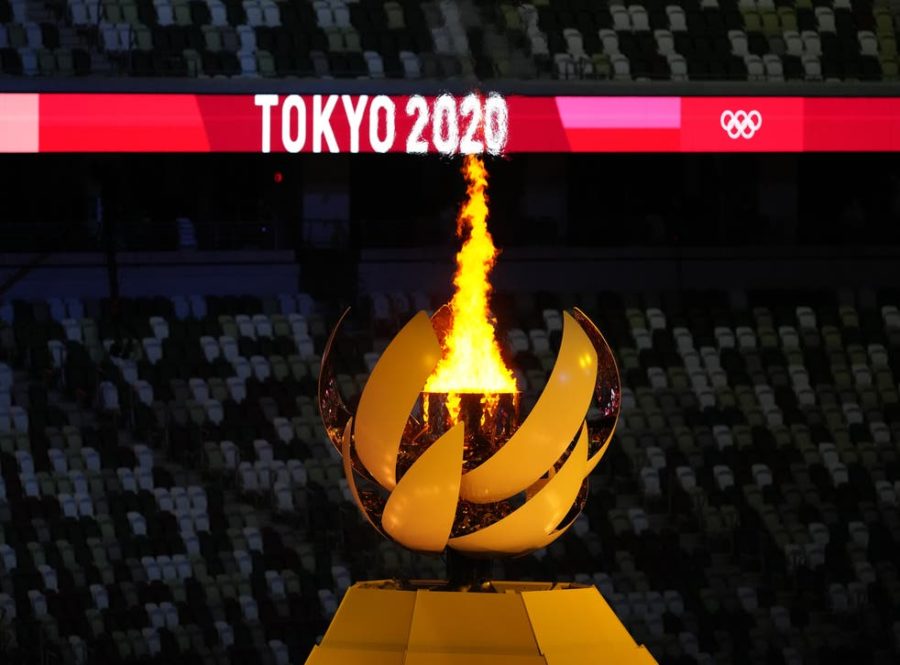 Thoughts on the 2020 Olympic Games

The Summer games were supposed to happen in Tokyo, a year ago. But due to obvious reasons, (if you didn’t know we’re in a COVID-19 Pandemic) they were postponed. Japan, and more specifically Tokyo, was still on the rise with cases this summer. Many urged Tokyo to postpone the games again but they refused and assured the world they would take the necessary precautions to protect the athletes. And surprisingly, it wasn’t as bad as expected. With 211 Covid cases in total, Tokyo 2020 seemed to go by pretty smoothly. And from a Canadian perspective it went by as one of the most historic games ever.

By far the biggest hype around the 2020 Games (of course only from a Canadian perspective) is definitely the massive medal haul by the Canadians. With 24 shiny new medals to brag about, and seven of them being gold, it was the most medals won ever, excluding any boycotted Games. Canada now has some new bragging rights and seven new Olympic champions.

We cannot forget the fact that women have slayed these Games! With 18 out of the 24 medals being won by women, flipping all sorts of gender ‘norms’ upside down. (Keep slaying queens!) It started in the pool, and ended on the cycling track, and during the Games these women did not give up. They showed the world what Canada can bring to the table.

The women of Canada in the past years have come so close to tasting glory in the sport of soccer, with getting bronze in both the 2012 and 2016 Games. This year they had us fans screaming and even losing our voices (for more than just a few days…) when they took it to the gold medal match after beating out the Americans, 1 – 0. Then they sent chills across the country when facing Sweden in the final match. It was 1-1, then extra time, then penalty kicks. Everyone watching was on the edge of their seats. Aslani of Sweden misses. Fleming of Canada gets it in. Sweden gets the next two in, and Canada misses their next two chances. Sweden misses next, with an amazing save from Labbe. Canada gets it in. Sweden misses again. This is it. If Canada gets it in they win it. They win the gold they’ve been dying for. Julia Grosso, a young 21 year old BC native comes up. She kicks the ball, curving it, and it goes into the net. That moment froze in time all across Canada. Pride radiated. Tears shed. Voices lost. Canada did it. They won gold in Women’s soccer.

The competition in the pool is always one of the most watched sporting events in the Games, and this year they didn’t disappoint.

As a competitive swimmer, waking up early to watch the prelims then staying up till midnight to watch finals was a pain, but worth it. There were many disappointments, but some absolutely crazy wins.

With confident champion Lilly King losing her golden breaststroke title to her fellow teammate (youthful teammate, she’s only 17!) Lydia Jacoby. King didn’t even manage to get silver, losing that to Tatjana Schoenmaker, the South African woman who made a huge impact in the swimming world. Few were even relieved King lost after hearing a very overwhelmingly confident interview, where she said “I like to know that I’m in control of the heat. I like to know that people are scared to race me, and knowing that your competitors are feeling all those different emotions before potentially the biggest race of their life makes you feel pretty good about yourself. So definitely, at least for me, makes me feel very sure of what I’m doing. So I think it just gives me confidence and helps me race faster.” However, King personally is an inspiration. Showing how much grit and confidence you do need as a swimmer to compete. It’s not just a physical sport, it’s a mental game.

Not to mention Caleb Dressel showing it up already, taking home not one, not two but FIVE gold medals. He set two world records and two Olympic records. It was no surprise he was named America’s new favorite, after Michael Phelps THE GOAT of swimming retired.

But obviously Canadian swimming was a whole other ball game. We may have not shown up like the Aussies and Americans, but we did make a noticeable difference. The women’s 4×100 freestyle relay secured a silver medal instead of bronze this year, winning Canada their first medal of the Games. Then Chinese-Canadian darling Maggie Mac Neil won Canada a gold medal in the 100 butterfly. 14 year old Summer McIntosh raced living legend Ariane Titmus and Katie Ledecky in the long distance freestyles, barely missing the podium with fourth place for one event. (Still unbelievable she’s a sophomore in Toronto right now.) Kylie Masse was fighting for the backstroke title against American Reagan Smith and Australian Kaylee McKeown, who already had phenomenal swim trials (breaking the world record). Masse brought home two silver medals. And finally of course, who could forget our newly crowned, most decorated Olympic athlete; Penny Oleksiak (Yes, Jamie Oleksiak’s sister, Izzy ;))) She swam a great race with her relay, then secured a bronze in the 200 free, finally ended it with another bronze in the medley relay. And yes, they were all girls. (Queens!)

Our men didn’t disappoint though, fresh out of retirement the one and only Brent Hayden led the men’s 4x100m free relay to a fourth place finish. He also came significantly close to making the finals for the 50m free, missing it by 0.04 of a second. This was a priding moment for Canada, when our ex-retired Hayden brought back one of the greatest comebacks ever.

Many of us watched Usain and Andre exchange their friendly banter in Rio 2016, it was one of the most wholesome moments in Track and Field that year. However this year, with Bolt gone into retirement, all he’d left was his legacy.

Canada looked to Andre to perform and take over Bolt’s legacy, and he did just that. Stealing a bronze once again in the 100m dash, people were a little skeptical. However he proved all wrong when he took gold in the 200m. Every single Canadian knew, just knew that he had made it.

Don’t forget about Damian Warner. The all round champion. The decathlon world record holder now. He stole the show. His performance won him the position as flag bearer in the closing ceremonies, and we couldn’t be more proud.

We had medals in the distance events, and even a relay medal too, let’s go track athletes!

We’ve all probably heard the name Simone Biles, the girl who did that one thing where she got five Olympic medals in the 2016 Games… basically the GOAT of gymnastics. Well, she had a rough year. I mean we all had to battle with COVID closures and this insane pandemic that had wreaked havoc across the world, but she had to deal with more than just a pandemic. Simone Biles recently came out about the infamous USA Gymnastics sex abuse scandal along with multiple other gymnasts. She recently testified against former USA Gymnastics physician Larry Nassar, who had sexually abused more than 265 gymnasts for at least 14 years under the pretense of providing medical treatment.

More than enough said, what Biles was going through was more than just ‘mental stress’ as some called it. It was unimaginable. Walking into the 2020 Games she had the weight of the world on her shoulders.

When she announced she was pulling out of the Games it became clear that people were going to make it a huge controversy. Some even had the audacity to say “She’s just afraid to lose” and “She’s making excuses”. Truly though Simone Biles needed to just stay healthy, both mentally and physically.

It’s difficult enough to talk about mental health as an athlete, as an athlete nobody considers your mental health they only care for your physical performance. Gymnasts need to be in touch with both their body and mind to perform, and Biles believed she was just not in that position to do so. In an interview with The Guardian she said ‘should have pulled out earlier’ but “But I was not going to let him [Nassar] take something I’ve worked for since I was six years old. I wasn’t going to let him take that joy away from me. So I pushed past that for as long as my mind and my body would let me.”

“But I was not going to let him [Nassar] take something I’ve worked for since I was six years old. I wasn’t going to let him take that joy away from me. So I pushed past that for as long as my mind and my body would let me.” ”

She had pushed through however to win a bronze medal on the balance beam, still making gymnasts and Americans proud.

Let’s just take a moment to recognize Sunisa Lee please? Lee worked in the All-Round final to win gold, the first Asian of any nationality.

Now where is she? Oh yeah, the 18 year-old Chinese-American is now on Dancing with The Stars, and yes, she’s a big hit.

The Olympics were made to unite countries, big and small to compete, yes, but also have fun together. COVID has shown time after time to divide and conquer our global population, but these Tokyo Games defied that. Athletes worked hard in the gap year, fighting for their spots on their respective teams. They then travelled, going through the difficult process of getting negative tests and quarantine regulations. Athletes even took to social media to help everyone witness the Games even better, because there was to be no live audience to spectate. It became a huge sensation, and yeah, ‘OlympicTok’ became a thing. It was a remarkable feat they had accomplished, the 11, 656 athletes from 205 countries working so hard to make it to this historical event. Over 79 thousand officials, journalists, and support staff came, helping these games run as smoothly as possible. Zero spectators to support the athletes. It was difficult. Unimaginably difficult. And they did it. They managed to accomplish the impossible, what everyone doubted would even happen this year. This pandemic gave a whole new meaning and perspective to the Games, bringing many of whom overlooked the Games to respect the athletes who worked their entire lives for those moments. It was such a highlight of the 2021 summer, and has everyone on the edge of their seats for both the 2022 Winter Games and the 2024 Summer Games.

All in all the Games were a great success, with highs and lows to go all round. It was a one of a kind experience, that’s for sure, and all the athletes who attended definitely made history. There was way too much to talk about, but these were definitely my top few mentions. Make sure to keep a look out for a swimming specific article in the future!