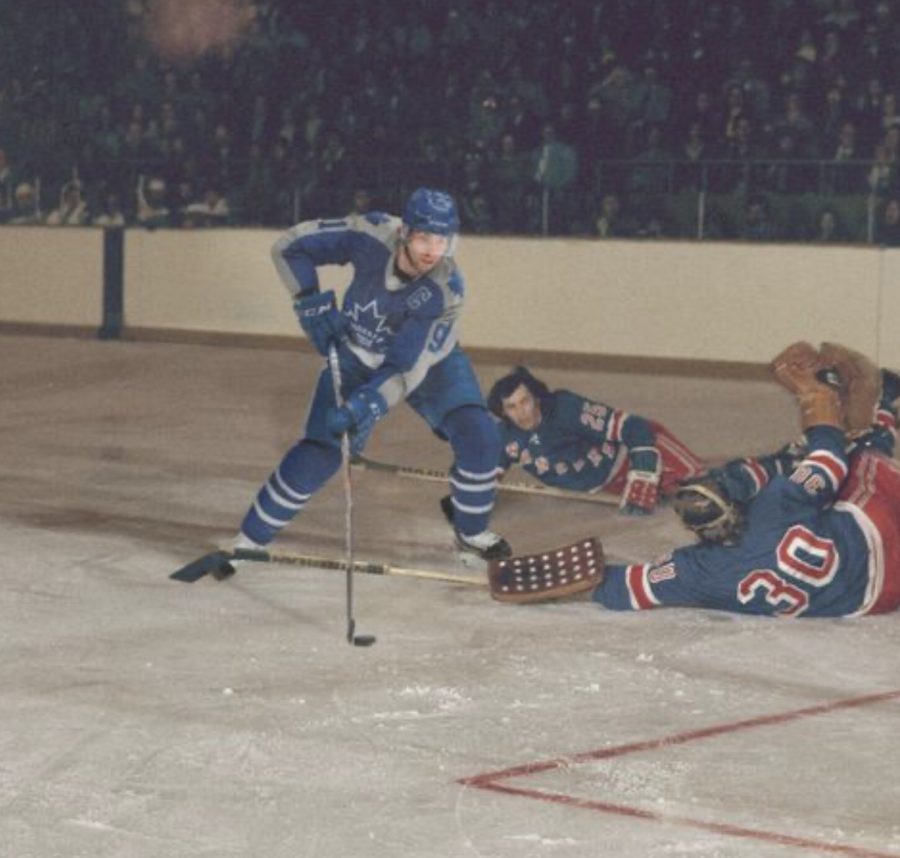 Do the Toronto Maple Leafs have what it takes to win the Stanley Cup?

The prevailing opinion is that they do and that this year’s unique circumstances, stacked roster, and team chemistry could finally provide the golden opportunity that many Leafs fans have waited a lifetime for. Being a Leafs fan is not an easy job and it’s safe to say that fans have experienced plenty of heartbreak. For longtime fans, the glory days of the team have begun to fade from memory and for newer fans, the stories of winning four Cups in six years seem more like a fairy-tale.

The Toronto Maple Leafs have been on one of hockey’s longest Stanley Cup droughts; in fact, they currently have the longest-running Cup drought of the league’s 31 teams. The record for the longest ever period without a Stanley Cup currently belongs to the New York Rangers who had a 54-year deficit from 1940-1994. However, the Leafs are catching up to that record as their last Stanley Cup was won in 1966-67, 53 years ago.

Arielle Vennema is a grade eleven student and a member of the R. H. King girls hockey team. Like many Leafs fans, she is cautiously hopeful, but aware of the Leafs’ repetitive pattern of blowing playoff opportunities. “As much as I want the Leafs to win another Stanley Cup because I am rooting for my hometown, I don’t think the Leafs have it in them this year, as the West division teams are looking pretty good right now and are stronger than the Leafs,” Arielle says.

The 2020-21 regular season sees the teams divided into four divisions (North, Central, East, and West) instead of the usual four divisions (Pacific, Central, Atlantic, and Metropolitan) that made up the Western and Eastern conferences. The North division is composed entirely of Canadian teams to limit the transmission of COVID-19 and the inconvenience of quarantine periods when crossing the US-Canada border.

As this article is being written, the Toronto Maple Leafs hold a confident lead in the North division standings followed by the Winnipeg Jets, Edmonton Oilers, Montreal Canadiens, Calgary Flames, Vancouver Canucks, and Ottawa Senators. The top four teams from the division will make it to the playoffs which will follow a traditional 16-team, best-of-seven format until the top four teams battle it out for the Stanley Cup.

Over the years, the Leafs have been through many rebuilds, but they have not won a playoff series since 2004. This year’s team was solidified on April 12th at 3 pm with the passing of the trade deadline when the Leafs acquired six new players, most notably forward Nick Foligno and goalie David Rittich. The mastermind behind the Leafs’ star-studded lineup is young general manager Kyle Dubas.

The team is full of expensive big-name players and strikes an impressive balance between young talent and seasoned professionals. Auston Matthews, Mitch Marner, and William Nylander are just a few of the team’s elite playmakers under 25 years old who have a combined salary of more than $29.5 million for the 2020-21 season. With guidance from coach Sheldon Keefe, the veteran players take on a leadership role for the team. John Tavares, Jason Spezza, Nick Foligno, and Joe Thorton are all former captains – giving the Leafs the prize for most former captains on a single team.

The Leafs have more than enough offensive power and with the recent acquisition of defensemen Ben Hutton they have rounded out a solid defence. The only remaining unknown lies in goaltending which can generally be described as unpredictable and inconsistent. In this season alone the Leafs have lost their starter, Frederik Andersen, to injury and called up taxi-squad member Michael Hutchinson. With any luck, David Rittich will be able to integrate quickly into the team and be a grounding presence for the team, but Dubas has made it clear that the door is open for Andersen to return should his injury heal in time for the playoffs.

Playing alongside David Rittich is Leafs backup goalie Jack Campbell who had stepped in for Andersen and quickly became a beloved figure with fans and players alike. Many people believed the 29-year-old’s career was coming to a quiet end by the time he was signed by the Leafs. However, he proved to be more than people bargained for this season and fans loved the Cinderella story of his record-breaking 11-game winning streak.

The Maple Leafs face major threats to their Cup eligibility from outside contenders, but their biggest downfalls are likely to come from within. The weakest factors on the team right now are power play/penalty kill. As of today, the Leafs have gone 1-42 on their last 42 power-play chances, making them 16th in the league. Their penalty kill percentage isn’t looking particularly impressive either as they are 26th in the league.

I think the Leafs greatest challenges are going to be issues with consistency such as having to find stamina/focus to play through the highs and lows.”

As both a hockey player and fan, Arielle Vennema has an insightful perspective as to what could challenge the Leafs this season, “I think the Leafs greatest challenges are going to be issues with consistency such as having to find stamina/focus to play through the highs and lows. Also, being able to stay healthy and not catch COVID-19 like the Vancouver Canucks would be another challenge they would have to deal with in order to be at the top of their game.” Arielle continues.

The antidote to these weaknesses lies in how well the team’s incredibly skilled lineup can work together, particularly to score on the powerplay. Matthews and Marner both play on the team’s top line and have incredible chemistry. Their “bromance” both on and off the ice has put Matthews well on pace to win the Rocket Richard Trophy for leading scorer with 33 goals in 41 games, most of which were assisted by Marner.

However, Matthews’ and Marner’s ability to read each other’s passes and tic-tac-toe around a team’s defence is not coming across in the power play which has led many fans to criticize their intricate style of play as over-complicated. Players like Toronto-born Zach Hyman and Wayne Simmonds are more likely to go to the front of the net and create enough chaos to screen the goalie and allow a goal to squeak in – not always graceful to watch, but certainly something the Leafs will need to see more of as they move into the playoffs.

Overall, the Leafs have built a great foundation for a deep playoff run and they still have time for improvement before facing the challenge of teams from outside their division. Although they are not the favourites, the team has all the markers of a Stanley Cup calibre organization and could prove to be unconventional winners for an even more unconventional year.