Planet of the humans 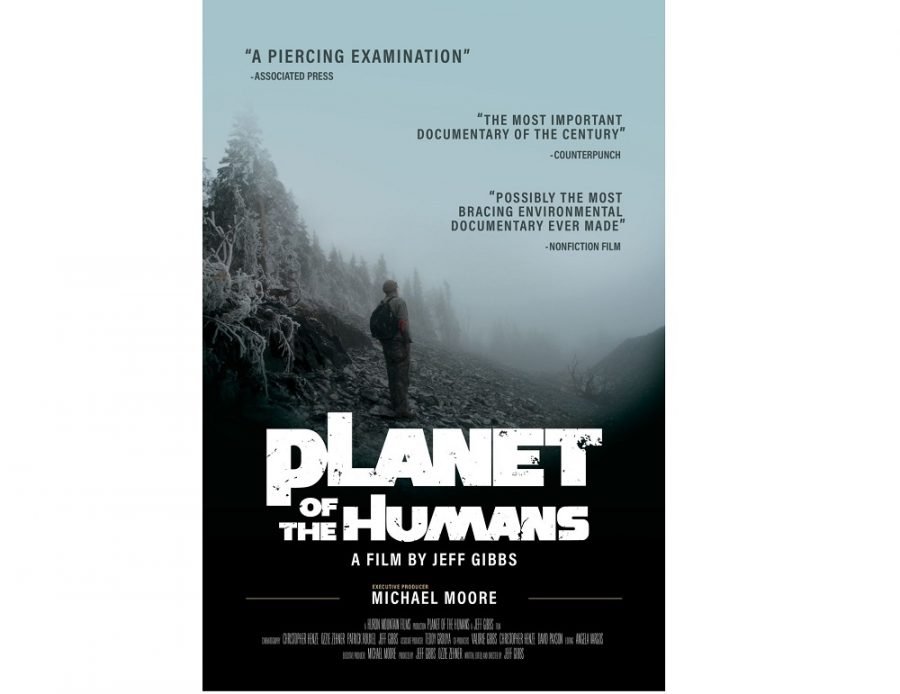 Planet of The Humans goes over global warming, an issue we’re all familiar with. Jeff Gibbs the filmmaker, approaches the subject of global warming in a new light by investigating the ideals and truth behind green energy. This documentary was one of the most intriguing films I have ever seen because it debunks the things we know when it comes to tackling global warming using green energy.

As we may all know global warming is a rising issue around the world, but we also know that green energy, also known as renewable energy will save us, but what if I told you we’ve got it all wrong. Are you interested yet?

Renewable energy consists of sources that we are familiar with, the sun, water and wind. Solar panels, wind turbines and hydro turbines account for green energy, but they don’t solemnly run on renewable energy. Yes, you see today renewable energy is not what it seems because big companies use this phrase to sell people their “environment-friendly” energy.

Essentially this film strives to answer the question; Do non-fossil energy sources like wind and solar actually replace fossil fuels? The answer to this question may surprise you.

One of the most dangerous things that we face today apart from the effects of climate change is really the illusion that alternative technologies like wind and solar are somehow different from fossil fuels. This way of thinking has become catastrophic because we think we are doing enough when it’s the complete opposite.

Big corporations deliver their energy sources that look clean from the front but in reality, non-renewable sources that harm our planet are still used. For instance, coal plants are closing down for solar farms but then even bigger ‘natural gas’ plants (fossil fuels) are built to keep up with demand. This is because solar panels don’t produce enough energy when it comes to powering homes and so when energy runs out the alternative is to use fossil fuels once again. These solar farms are different from what NASA uses, these solar panels often have lower energy capacities as the most effective ones are very expensive and many people and small organizations cannot afford them.

“Green energy”, the form of energy used to fight global warming, is the new phrase big company investors use to make energy start-ups. Tackling global warming has become a business campaign or in other words a business marketing opportunity. Major corporations have adopted a new brand image that is pro-environment, and this helps them grow because when people see green energy they immediately think about good energy that will save the Earth from global warming.

This type of business approach of using green energy has grown into one of the fastest ways businesses get money, power and people’s support, hence why many politicians are also adopting this approach. In some ways when we hear people of power talking about new sustainable ways of producing energy, it all sounds like we are moving towards a brighter future but it’s far from bright.

Watching this documentary you quickly realize that green energy is not so green, unfortunately, ‘green energy’ has become a marketing scheme used for profit and gain by people in power.
“But is it possible for machines made by industrial civilization to save us from industrial civilization” – Jeff Gibbs
This question posed by Jeff is a checkpoint for the whole purpose of the documentary and it refers to the wind turbines that last for about 20 years, and the solar and hydro powers that don’t last very long considering the effort, material and cost that goes into building them. In addition, fossil fuel power plants back up these wind turbines and other renewable sources 100% of the time. A term called idling explains that non-renewable sources are still used in a project that is meant to walk away from such methods. This is done because continuous energy is provided by fossil fuels and coal when the renewable sources are running low on power, a cloudy day or a windless day are some examples.

We have to remember that not all renewable energy is good. For example, ethanol plants are usually reliant on giant fossil fuel-based industrial agricultural systems and even more fossil fuels in the form of coal; all of this in an attempt to replace fossil fuels. Using more to use less is essentially the mindset and it’s clearly not the answer to tackling global warming.

The overall conclusion of this documentary is that you can do your part to slowing down the effects of global warming by participating in a team effort that cuts back on things that we over-consume. Rethinking the things we purchase(food, clothes etc) can be our most immediate and helpful way of doing our part in tackling this issue and letting others know about the benefits of doing the same.

Make sure to watch Planet of the Humans by Jeff Gibbs, a film that will certainly change your perspective on renewable energy.

The image is found here.