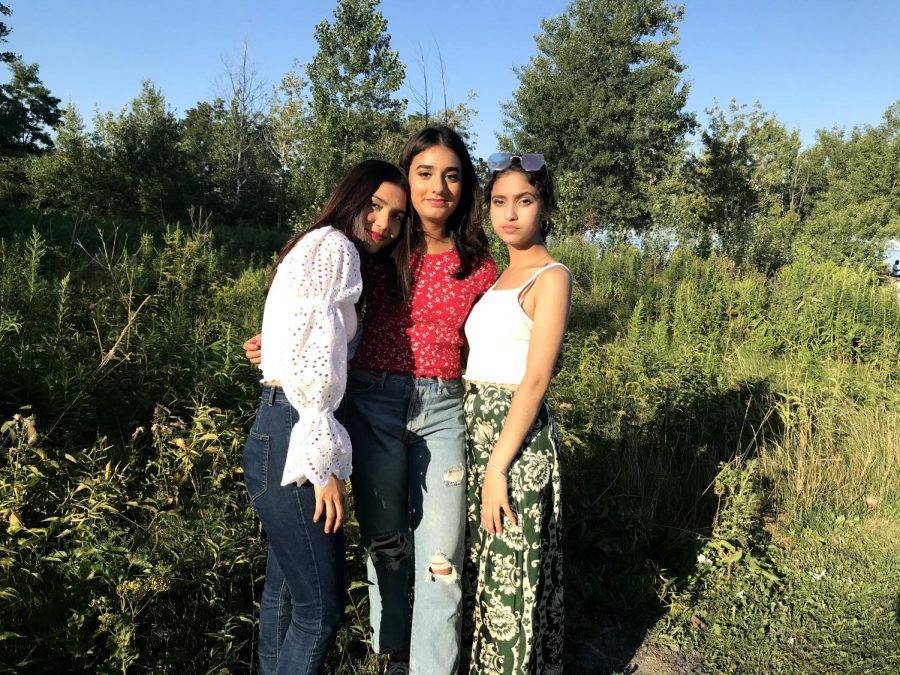 KSN founders: getting off the ground during a pandemic

Like many of you, the Kingsley Voice  grew curious about the newest club helping Niners navigate their extra share of changes this year, all the while bringing us flashbacks from our days in grade nine: King Supports Niners. So we sat down with Brathi Adhikary, Warda Subah and Shorbani Das, the grade twelve executives behind KSN, to give our readers (and ourselves) a closer look behind the virtual curtains.

This is the first of two articles in our interview series with King Supports Niners. Read on to hear about the journey of this burgeoning club so far, including its inception, the pitch that made it happen, and the hater that nearly brought down the spirits of the three founders moving forward.

What did you originally set out to accomplish with KSN?

Shorbani: Warda and Brathi have been talking about this club since last year. Over quarantine, they told me about it, and we just got started!

Our main goal for this club is to help grade nines have a better way of making new friends while being stuck at home because of virtual learning. They don’t even know who is in their classes or how to find their social media, and as social media is a big part of our lives now, we just wanted to use that to our advantage and help them connect.

Warda: Grade nine was really scary for each one of us, and I think we can all agree to that. And with virtual school, it just gets even harder because you can’t even make friends, and grade nine is where you make most of your friends. We just wanted the grade nines to connect and to see who’s in their grade and who they will be interacting with once everything gets [back] to normal.

Brathi: To add on to Warda and Shorbani, the transition between grade eight and grade nine is huge! It really took a toll on me academically, so I think for that reason, I decided to pursue tutors to just help out with Math and Science and even English at King, as we know how hard that can be.

And like Warda and Shorbani said, we just want to be there for them. We know the struggles of how it was in grade nine, and it didn’t get any better once everything became virtual.

So you’re outlining resources like Math Help at King for the grade nines. You also mentioned helping people find who is in their grade. How exactly are you going to do that?

Warda: We actually created a discord page for KSN around December, and we were off to a good start. Everyone was interested in it, and they were all communicating. We had different channels where people had different topics to talk about, you know, what grade they’re in, what classes they’re in, what their interests are, and so we were off to a good start in the first week or so because it was new and everyone wanted to meet new people.

But it died down, so we are planning to talk to our teacher supervisor, Ms. Ola, and ask if we could recruit a media representative and give them leadership points for joining a club or council. They would be able to manage our discord account and bring up new topics to talk about to keep the grade nines connected.

Shorbani: We also did a really good job promoting it. When we first started, we didn’t even know who the grade nines were, and so when we were promoting it, we literally messaged as many people as we could find at King and just introduced our club to them, and through that, we found so many grade nines who were interested. They even messaged us telling us they were in grade nine and appreciated this initiative, so yeah, I think promotion was a big part of it.

Definitely, you guys blew up all of a sudden!

Warda: Somehow, it even reached King Alumni. Marley, who graduated last year, reached out to us and offered to help. It was really cool because we didn’t think that alumni would reach out to us.

How did the idea of KSN come about? What was the inspiration?

Brathi: Warda and I wanted to initiate something, and we also talked to Shorbani about it. Once we realized that classes were online and that everything was virtual, we realized that this was the perfect opportunity to do that. So when October and November came along, we decided to take things more seriously.

Warda: At first we were kind of hesitant because we thought it might just be a flop. But Shorbani was the one who motivated us to stick to the plan. For the first couple of weeks we were reaching out to teachers who would be willing to be our teacher supervisor, so we had to make outlines about what we were going to do and what we would post.

And so we shared that all with Ms. Ola, and in our first meeting with her, she suggested we make polls to see how many people might be interested. So we did that, and it was a success!

Shorbani: Ms. Ola has been such a big help throughout this because when we first brought up the idea to her, we were kind of unsure and scattered all over the place, but she was always there to support us. She directed us in the right direction and helped us clean up our goals and find out what we were actually trying to do.

Naturally, new initiatives are often met with doubt. Having started online, KSN faced speculation from students about its status as a recognized club at King:

Brathi: Initially, we were anonymous, and everyone was texting us questions like, “who is this? Who’s running this club? Is this even official yet?” And we were really hesitant to tell everyone who was behind the club because we feared the reactions we might get from students. And so we kept it low profile until we felt more confident in our vision and the response we were getting.

That sounds like a huge risk to take, but if you guys are going into business, you already have practice making a pitch and going for it, so that’s amazing. So, how do you feel about the response you’ve received from the students?

Shorbani: At first, all was going well. Everyone was promoting it, it was all good. But we actually got a hater!

That’s all for part one of this series! Stay tuned for part two, where we get into the story behind the hater and how the incident collided with the girls’ motivation to move forward with the club.