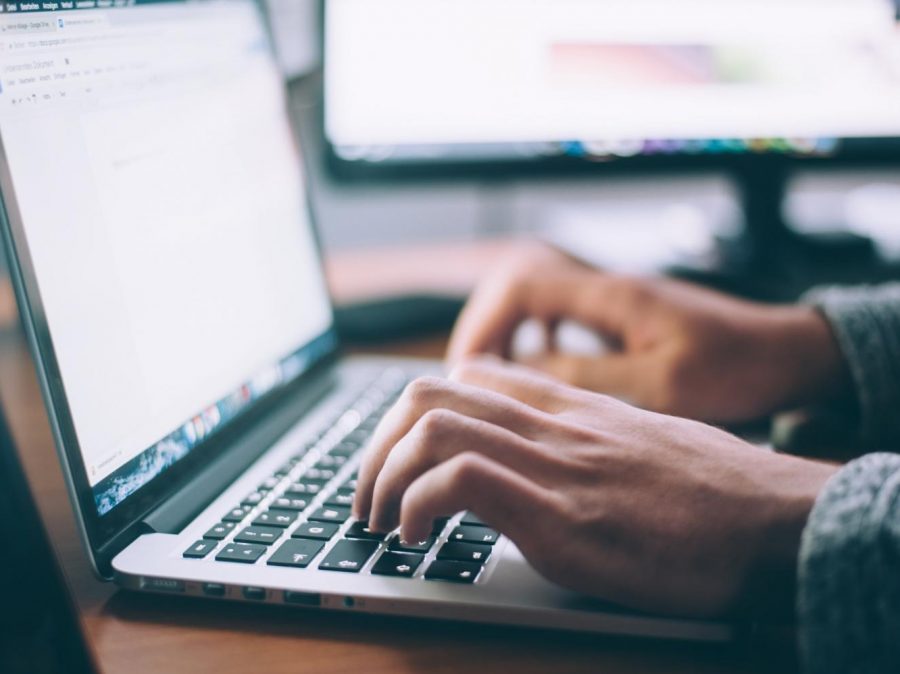 The term “fanfiction” is coined to refer to the wide expanse of short stories written by self-appointed authors who are fans of a diverse array of books, TV shows, movies and other forms of media. This content is usually released online, free of charge.

Fanfiction gets mixed reviews from avid readers and writers alike. Many believe that the popular craft is a creative way to invent new worlds and explore personal writing styles without having to develop original characters. “It’s interesting to think that a lot of these fanfiction writers happen to be just normal people who simply love to write,” says Raifa Sarwar, a grade 12 student.  Others think that fanfiction is an insult to the abilities of the original creator or that it’s unethical to write speculative fiction about real people.

Although leaning towards the positive side, Sarwar doesn’t hesitate to acknowledge that there are negative ramifications of fanfiction as well, “[Fanfiction] often glorifies things like lack of consent, sexual harassment and assault, and just lack of basic human morals and ethics. I think that tends to be the darker side of fanfiction that people, especially younger people, can get sucked into thinking is okay.”

Committed content creators are so invested in fanfictions that multiple public domains have popped up over the last few years. Established in 2006, Wattpad is a well-known name for aspiring authors and passionate readers. Archive of Our Own (AO3), established in 2009, is another online community focused primarily on fanfiction. With 2,000,000 users, 5,000,000 fanfictions and 33,000 fandoms, it’s hard to believe this community is entirely run by fans.

[Fanfiction] builds up this community where you’re actually creating something and not just analyzing or sharing your feelings about something.”

“[Fanfiction] builds up this community where you’re actually creating something and not just analyzing or sharing your feelings about something,” says Mr. Kim, who teaches a Writer’s Craft course. “In that way, I think it’s a really good place to be creative, get different perspectives on things and to get feedback on your own [writing].”

As creative as fanfiction can be, it has also gained a bad reputation over its lifespan. A popular example is the relationship between former One Direction bandmates, Harry Styles and Louis Tomlinson. The two members had a close friendship which was quickly twisted into romance by the fans, who brought their fantasies to life by writing fanfiction. Styles and Tomlinson admitted to growing apart after the emergence of these fanfictions as it made both of them comfortable.

“Because it’s open to the public, people can write whatever they want to write,” Mr. Kim adds, “People who have destructive or malicious intentions can take [fanfiction] in a direction that’s offensive or harmful. You have to navigate carefully.”

The list of pros and cons never ends, but Sarwar advises to keep an open mind which may help in finding some common ground in the great fanfiction debate, “I feel bad for the people who stigmatize fanfiction as if it’s embarrassing or weird, because I honestly think they haven’t ventured far enough to see how cool and enjoying it is to read. There’s an entire world of writers out there pouring their hearts and souls into their craft.”

Interestingly enough, author Rainbow Rowell has written a novel titled Fangirl that was inspired by actual fanfiction. Rowell even mentioned being intrigued and impressed in an afterword by the world of fanfiction. This goes to show that readers and writers of fanfiction, along with creators of original works, may just be able to find some common ground on the great fanfiction debate.