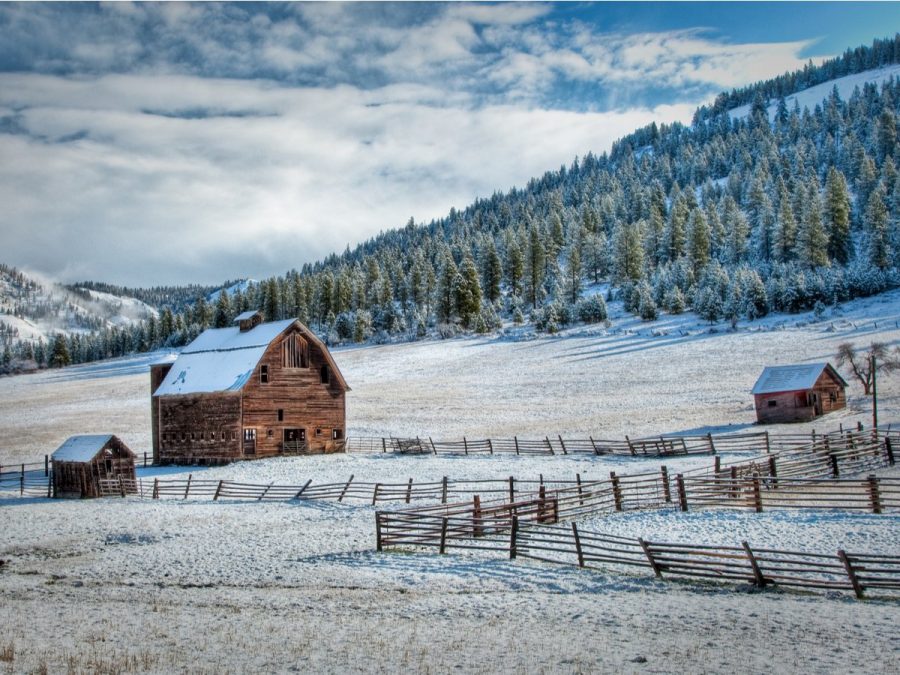 In the year 1816 people in eastern Canada were sledding in mid-July.  Trees were shedding their leaves and it was reported that migrating birds were dropping dead in the streets.

During the early 19th century migration to Canada was slowly picking pace. Over in Europe, the stories of weird weather encouraged people to oppose the idea of starting a new life in North America as it was believed it was getting colder every year.

Ironically, in 1816 eastern Canada was in fact colder than usual, and the Arctic land up north warmed. As a result icebergs off the coasts of Nova Scotia and Newfoundland would float in the middle of the ocean. At the time, it was thought that the icebergs were the cause of the cooling, but the theories turned out to be wrong.

On April 5, 1815, Mount Tambora, a volcano on the Indonesian archipelago, suddenly erupted spewing tonnes of ash and dust into the air. Five days later, the same volcano erupted once again, this time 100 cubic kilometres of molten rock and ash clouds were released. The ash cloud was so vast that it covered an area the size of Australia into the sky.

The volcanic eruption changed the climate around the world in different ways. As the planet’s surface cooled, eastern Canada was treated with a summer-like none other.

Right after Mount Tambora erupted, nearly 12,000 people living near the volcano died. The most common way of immediate death for the victims was getting hit by falling rocks and fast-moving gas currents. However, in the span of a few months, an estimated 80,000 more would perish from starvation, contaminated drinking water, or respiratory infections due to the ash that still remained in the atmosphere.

The range of shockwaves of the eruption was wide, it took a full year for the shockwaves to reach Canada. The first accounts of the ripple effect were recorded in April 1816 in Quebec City, where it started to snow continuously.   By June of that year, the average day temperature in central Ontario was below zero. In Quebec, newly-shorn sheep started to die from the untimely cold conditions.

As July came near cold fronts continued to sweep through, at this point in time the growing season was three weeks behind. To avoid famine, the export of goods such as wheat, flour, beans and barley was banned until September.

However, efforts of avoiding famine turned out to be in vain. By September, parts of eastern Canada were destitute as more than half of the region’s hay crops were ruined. Once the frost left the province, the people in the region ended up with a small wheat harvest and an even smaller supply of oats. Several farmers were forced to sell their dairy cows to buy bread, while others survived on a diet of wild herbs.

Thank you for tuning in, come back after the break to read about another strange fact about Canada’s climate. To learn more about the year without a summer visit this link.