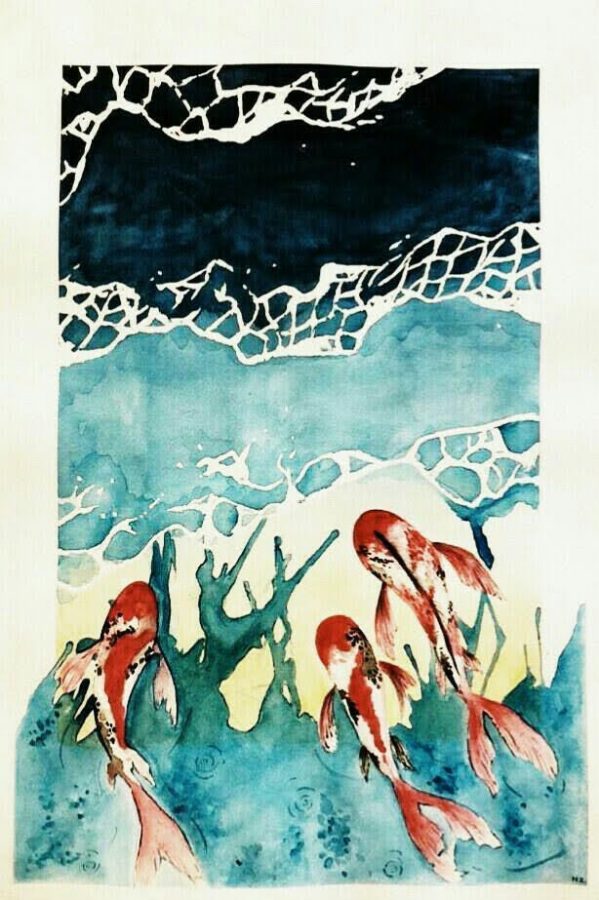 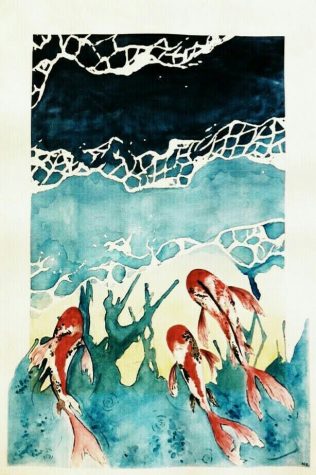 From organic shapes like spirals and jagged lines to the water used to make watercolours, aspects of the natural world take different forms in art. Nature is not only found in many visual artworks but can also be the motivation to convey implicit ideas, concepts, and intentions, as well as the inspiration for how they are expressed to the public.

The natural environment can provide inspiration and perspective, and the best thing is that it exists everywhere.

Famous nature-inspired art, such as Claude Monet’s “Water Lilies,” was created after wanting to make something pleasurable for the eye to see. “The Great Wave off Kanagawa” painting by Katsushika Hokusai became a symbol of tsunamis and hurricanes, as well as plane crashes into the sea. Nature can also spark creativity in young artists. Niyonta Zulfiquar, a grade 11 student at R.H King Academy who incorporates nature into her visual art, states, “I often achieve my best work when I imitate nature’s movements,” such as in shapes and abstract concepts. The watercolour painting to the right is one of the many artworks she has accomplished.

The energy of nature can inspire in several ways, but what exactly are some of them? The link between human creativity and nature can help serve to understand how nature spurs motivation.

Biophilia, a theory where humans tend to innately interconnect with the natural environment, may be a reason why nature could positively affect people’s artistic motivation. Biophilic designs are more common nowadays because of recent evidence explaining the beneficial effects it holds, such as increased productivity, positive mood, and creativity. Though recent researches on biophilic designs prove that it’s helpful, humans have nonetheless included natural features into their artforms for countless generations.

The term ‘golden ratio’ is another idea that could further explain how human inspiration derives from nature. Someone who knows math or visual art well might have come across the term. The golden ratio is a math ratio of 1:1.618 that, when visually represented, looks like a ubiquitous swirl found in the natural environment. The golden ratio in art reflects the most aesthetically pleasing look that one can achieve in visual artwork. While observing closely, the golden ratio can be found in Leonardo Da Vinci’s “The Last Supper” and “Mona Lisa,” as well as several other famous paintings.

These are only a few of the many fascinating ways nature can inspire arts, presented through the aspect of painting. There are countless other mediums of visual art, but whether a novice or professional, mother nature can somehow provide a different angle to anyone with an imagination.