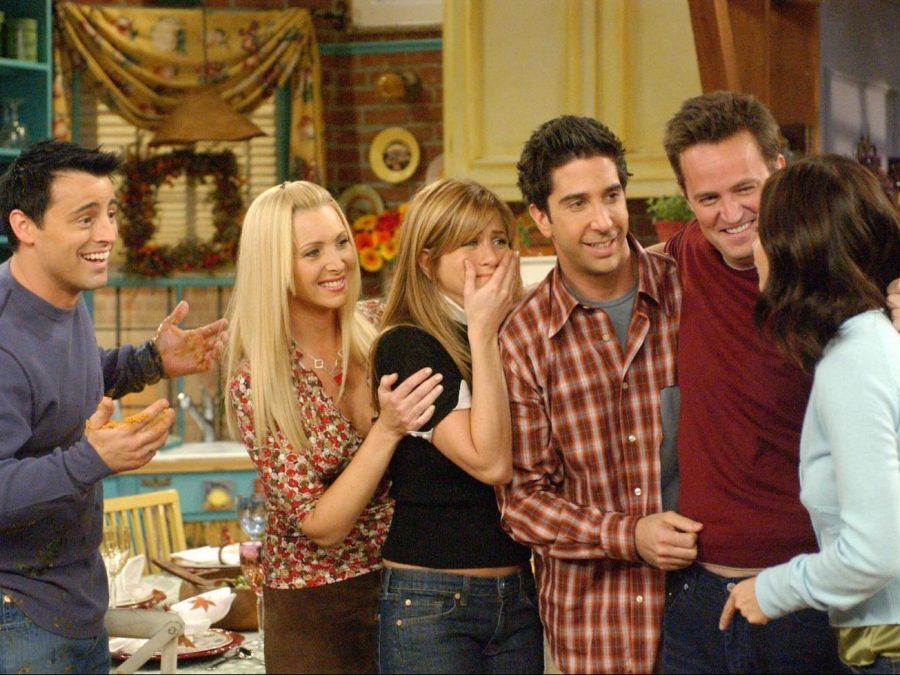 Friends is an overrated show

NBC’s Friends may not be as worthy of its cult-following as people believe. The overrated series stars actors like Jennifer Aniston and Lisa Kudrow. The show is overtly transphobic and anti-feminist. Friends is set to leave Netflix this month, and it’s probably for the best.

Characters in the show are notorious for body shaming. The most prevalent occurrence is when Monica’s friends make fun of her weight as a teenager. As an adult, she’s slimmer, so apparently, now she is considered “prettier” and more “worthy,” or at least that’s what the show implies.

The show has a lot of transphobia, or general queerphobia. Transphobia is specifically present when they mention Chandler’s dad, a trans-woman. Chandler’s friends make fun of him for having been brought up by a trans-woman, but there’s nothing wrong with it! Chandler has a bad relationship with his father, but constantly blaming his parent’s queerness as the reason for their estranged realtionship and insulting her sexuality with his friends? Come on, man! Throughout the show, there are so many transphobic comments that are, honestly, too inappropriate to write.

I don’t think it aged well. It was a 30-minute sitcom. It became a phenomenon, but no one ever took it seriously as a social comment.”

Chandler, Joey and Ross are absolutely terrified of seeming feminine at all! Every time there is something slightly feminine associated with them, they freak out. When they actually do something feminine they are labelled “queer” when they clearly aren’t. They have to be drinking beer, and talk about girls and sports. The men are noticeably so afraid of being perceived as delicate or gentle, “like a woman”. They love women so much, yet they don’t want to be perceived as one of them.

Imagine the impact on society, when a TV show that has this much influence ridicules body positivity and LGBTQ+ rights, and promotes toxic masculinity. The show was from the ’90s and yes, it was a different time, but when there are people who still adore this show in 2020, there is a problem.