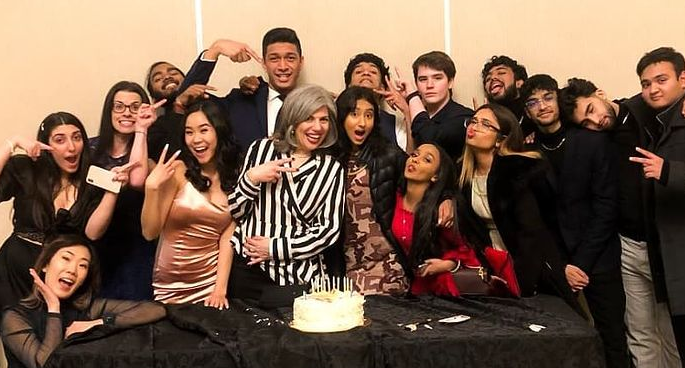 This is a past promotional image and does not reflect current KSC members.

The results of the election will be presented in five chapters that will be posted incrementally throughout the day.

The winners of the president and vice president will be reported in this chapter of the King Student Council elections coverage. 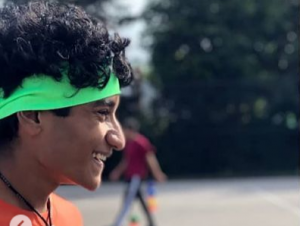 Sugen Jeyakumar is a grade twelve student at R.H. King Academy, who has recently been elected as the vice president for the school year.

The role of the vice president is to work closely with the president to plan and execute all student council initiatives ensuring that deadlines are met and goals are achieved. The vice president is responsible for other duties assigned by the president. The VP communicates between faculty/staff and the student body to resolve issues and promote a positive school spirit.

Newly-elected Vice President Jeyakumar wanted to “be involved in the school this year and get to create events to make school more fun and enjoyable.”

Acknowledging the tough times everyone’s in, as vice president, Jeyakumar wants “to create fun events and virtual spaces to chill for the school. I want the student body to be happier through this mess.” 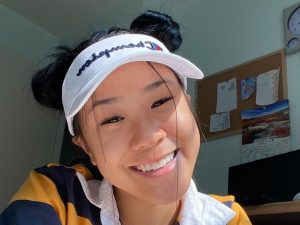 Evelyn Wang is a grade twelve student at R.H. King Academy, who has recently been elected as the president for this school year.

Wang says her decision to run for president was last minute: “Honestly, this year I was not even expecting to get the opportunity to run this year. My mindset going into the school year was to work my butt off and get the heck out.” She gives insight as to what encouraged her to run for the position, “However, seeing as many councils have been continuing to operate online with many keen members actively participating, I knew I had to at least try for the position. Given the experiences I’ve been a part of, and the climate of the school I’ve observed over the past three years, I felt what I bring to the table would be very valuable to the school.”

There’s always been a certain culture at R.H. King, one that one of my closest friends described as ‘toxic productivity’. ”

The newly-elected president feels the school atmosphere must improve in order for students not to feel overworked. “Over the past three years, I’ve witnessed myself and my peers work themselves to the bone, because if we weren’t doing the absolute most, it felt like we were doing nothing at all.” Says Wang “Small contributions to extracurriculars felt pointless – if you weren’t involved in anything, or not getting the best grades, it felt like you weren’t enough. And this culture lives on year after year, seeming to exist perpetually as long as RH King remains a prestigious sounding academy.”

With her position, she hopes to send the message to all students letting them know that they are important and valuable to the school community. “As president, I want to leave a mark on the school to disrupt this culture. While the extremely high population of high-achievers seems to be part of the RH King Identity, it’s killing our students. I’ve felt it first hand. My friends have felt it first hand. The teachers see students feeling it.” says Wang.

President Wang further explains the importance of the student council in the overwhelming lives of students. “And while something as abstract and invisible as a ‘culture’ that mainly affects the mental health of students is certainly not an easy challenge to tackle, I think the influence that the student council holds and the fact that we have a large platform that is able to reach all students will let us organize events that can fall under two main categories – 1) general fun activities that are hosted with the purpose of providing light-hearted joy and break the day-to-day monotony of going to school, and 2) events that heavily involve student leadership and amplify the voices of student advocates for mental health.” adds Wang.

The VP-President duo aims to accomplish much of the similar things this year. It will be interesting to see how they manage to achieve their goals virtually during a pandemic. Stay tuned for updates on their progress.