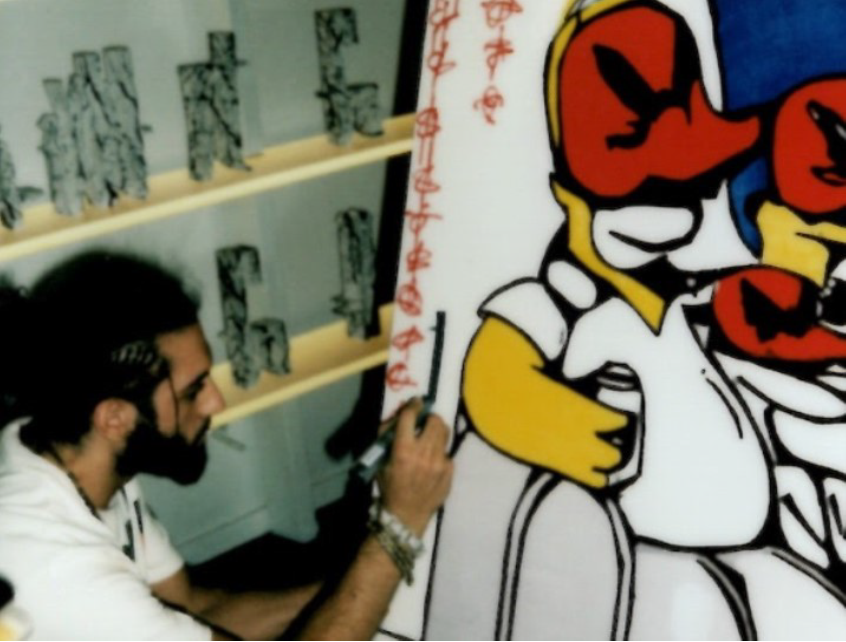 Why graffiti is so misunderstood

When you think of the word “graffiti”, what is the first thing you think of? Common answers are typically “art” or “vandalism.” I do graffiti, and have only once done so outside, over at Graffiti Alley on Queen St. W., the only legal “free-for-all” spot for graffiti taggers and professionals with experience. It is important to understand that graffiti is not just one category, there are many types… a tag, a throw-up, a stencil, and a slap, just to name a few. People derived their hate towards graffiti because of tags, the most controversial type of graffiti. It is important to understand that there is a fine line between illegal and legal graffiti, though individuals tend to look only at the illegal aspect of it. Illegal graffiti is when someone tags personal property, such as houses, businesses and vehicles, with the intent to be rebellious and have no real message or meaning.
Legal graffiti is when you get permission from the property owner and City Hall to do a mural or throw-up design. With bigger pieces, the artist has to get formal permission from City Hall if it is on a blank wall. Free-for-alls, like Graffiti Alley and abandoned buildings like Camp 30 P.O.W. in Bowmanville, a now-abandoned religious school, are also examples of legal graffiti. I interviewed my good friend ‘Tetra’ who is a Toronto-based graffiti artist, car collector, and the owner of OD Toronto, Toronto’s #1 consignment store for rare clothing and collectibles about the misconceptions of graffiti. “Graffiti art has a strong root in “counter culture” and has at times cultivated an anarchist movement that leads people to akin it with vandalism,” he says. Tetra sees the ups and downs of legal versus illegal graffiti. “The difference is simply if it’s negatively or positively affecting the people it touches. While most businesses/property owners don’t want graffiti on their property, they still wouldn’t complain if tomorrow Banksy did a piece on their store front. They’d not only gain the media attention but also sell the graffitied item for a high sum, so it’s all subjective to the positive or negative effect that one can have on other’s property.” Tetra wonders about all the wannabe graffiti artists tagging property out of rebellion and considers if it tarnishes the image for well-intended artists like him. “I don’t think rebellious acts of vandalism are considered graffiti art any more than tossing a rock through a window is considered a sport. They’re using ‘graffiti’ to justify the ends, but also the tagging of public and private property are two separate subjects. Rebellion can be controlled to convey a message.”
To see more of Tetra’s work, you can check out his Instagram @tetratheg0d.