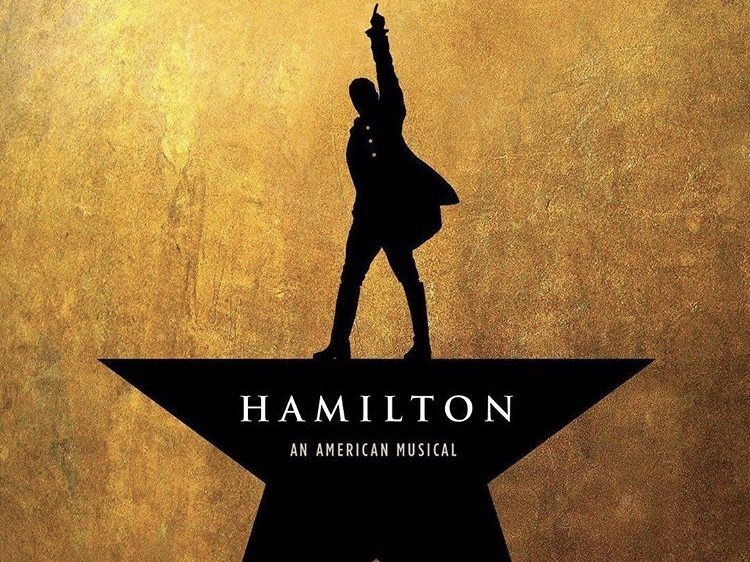 The Hamilton official wallpaper for their upcoming musical performances.

The famous Off-Broadway musical, Hamilton, has gained incredible recognition from many, primarily due to its hip-hop infused soundtrack, which has brought interest from many musical-enthusiasts.

Akshaya Pirapakaran, a grade eleven student at R.H. King Academy, enjoys the music and admires the unique way of telling such a story through performing arts. “Hamilton presents a unique way of telling a story as it captivates the audience to want to know more and leaves one feeling more intrigued. The musical style is definitely interesting as well, as Broadway does not normally use rap and/or jazz in their productions,” Pirapakaran says.

Hamilton took a turn and attempted to do something new with its soundtrack by developing fusions of hip-hop with other genres of music.

Hamilton presents a unique way of telling a story as it captivates the audience to want to know more and leaves one feeling more intrigued.”

Shane DeDios, another grade eleven student from R.H. King, is very passionate about the variety of sounds and creative composition. “The soundtrack was such an interesting mix. We have the first three songs that are predominantly hip hop, very rap-heavy, then we have songs that are more stripped-down, more of that classic musical theatre we know,” DeDios says.

Hamilton uses hip-hop to portray a story with incredible themes in a poetic way. “It just goes to show that hip hop is not something that people should diminish or shun because of stereotypes. All genres of music are valid,” DeDios says.

Hamilton takes a unique and creative stance on musicals by telling an educational, yet thrilling story by integrating hip-hop into the soundtrack. Perhaps there will be more productions which will have such an impact on the larger cultural scene.  “I just can’t wait to see how this will affect the sound of musical theatre as a whole,” DeDios says.

Hamilton was set to make its Toronto debut in February 2020 and run through to May 2020. However, it was delayed due to COVID-19 restrictions.