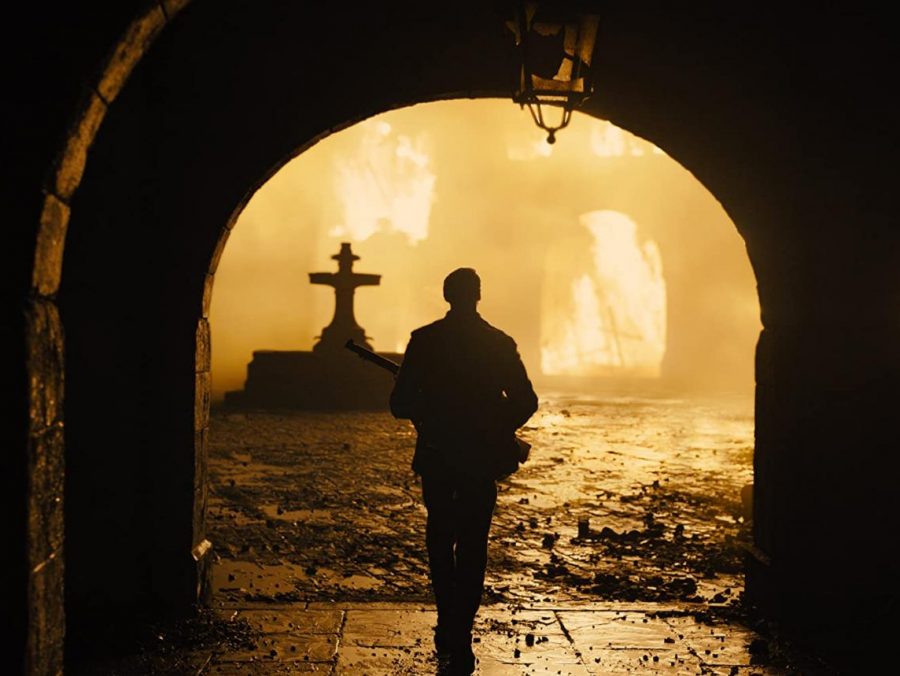 On the eleventh day of the eleventh month at the eleventh hour, 1918, the first world war came to a close. One hundred and two years later, on the anniversary of that fateful day, Canadians honour the countless men and women who have served and given their lives to protect the freedoms of their nations.
The efforts and sacrifices of the soldiers, nurses and those involved in war and peacekeeping efforts will not soon be forgotten. In remembrance of their noble service, here are five movies that reflect life during war. 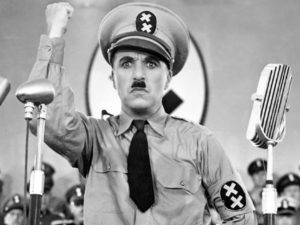 Over the years, many have compared the appearance of Charlie Chaplin’s tramp character to the tyrannical dictator Adolf Hitler. What people may not know, is that Chaplin himself was among the first to draw this comparison.

In the Great Dictator, Chaplin plays two characters, identical in appearance, a Jewish Barber and an anti-Semitic dictator named Adenoid Hynkel. The film follows the Jewish Barber, who was unaware of Hynkel’s rise to power, for he had spent years in a military hospital recovering from wounds he suffered during his service in World War I. When the barber returns to his usually quiet neighbourhood, he is shocked to find how neglected and brutal it has become. He soon learns that he is in great peril and spends the movie trying to avoid persecution from Hynkel’s empire.

Chaplin had started writing the film in 1938 during Hitler’s rise to power and began shooting the film on September 7, 1939, only six days after the start of World War II. The film is masterfully crafted, but the thing that it is most remembered for is Chaplin’s speech at the end of the film, which still rings true in today’s modern political climate. In the speech Chaplin pleas for peace begging people to “Fight for a world of reason, a world where science and progress will lead to all [people’s] happiness.” 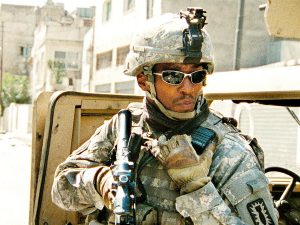 The Hurt Locker is often hailed as being one of the most uncensored, realistic depictions of modern warfare. It omits the romanticization of war, common to many war movies, and depicts the Iraq War as a fiery nightmare.

The film follows Explosive Ordnance Disposal unit members Sergeant JT Sanborn (Anthony Mackie), Specialist Owen Eldridge (Brian Geraghty) and their new team leader Sergeant First Class William James (Jeremy Renner) as they cope with the turmoil of war. Under unimaginably tense circumstances, the team must come together and learn to cooperate in a reality where everything they see could be a bomb, and every move they make could be their last. 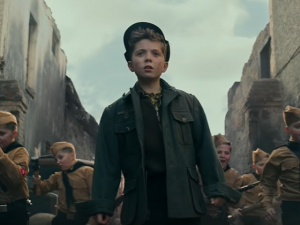 Jojo Rabbit is often dismissed as a simple comedy, yet it is one of the few films to capture the extent of the grasp that Adolf Hitler had on the German population during his authoritarian reign. The movie is unique in its perspective as it shows the second world war through the lens of a young child living in Austria.

Jojo Betzler (Roman Griffin Davis) is a ten-year-old nazi fanatic living in Hitler’s Austria, with his satirized imaginary friend version of Adolf Hitler (Taika Waititi) and his anti-war mother, Rosie (Scarlett Johansson). One day he discovers that his mother is hiding a young Jewish girl (Thomasin McKenzie) behind the walls of his house. While he is startled at first, he soon befriends the girl and is forced to confront his blind allegiance to the Reich, amidst the ongoing tragedies of World War II. 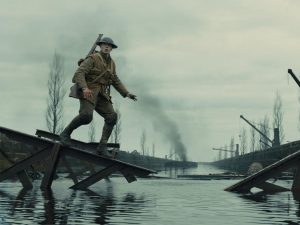 1917 made headlines during awards season last year for employing a filming style that made the movie appear as if it had been filmed in one shot. The film takes place during World War One and incorporates incredible performances and an interesting filming style to increase tension. 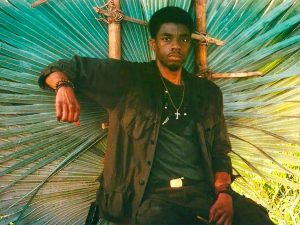 Da 5 Bloods may not be Spike Lee’s most acclaimed film, but it is extremely well made nonetheless. Da 5 Bloods shows the perspective of African-American war veterans, a demographic criminally under-represented in Hollywood’s renditions of war. One of the stand out elements of this film is Chadwick Boseman’s performance as Stormin’ Norman, which heartbreakingly turned out to be one of his last (his final performance was in the movie Ma Rainey’s Black Bottom, which is set to release on November 25 on Netflix).

Four war veterans, Otis (Clarke Peters), Eddie (Norm Lewis), Melvin (Isiah Whitlock Jr.), Paul (Delroy Lindo), and Paul’s estranged son David (Jonathan Majors) return to Vietnam for the first time since their service, seeking the remains of their fallen leader, Stormin’ Norman and the promise of a buried gold fortune. As they make their way, they find themselves haunted by the ghosts of their past and the increasing familiarity of Vietnam.