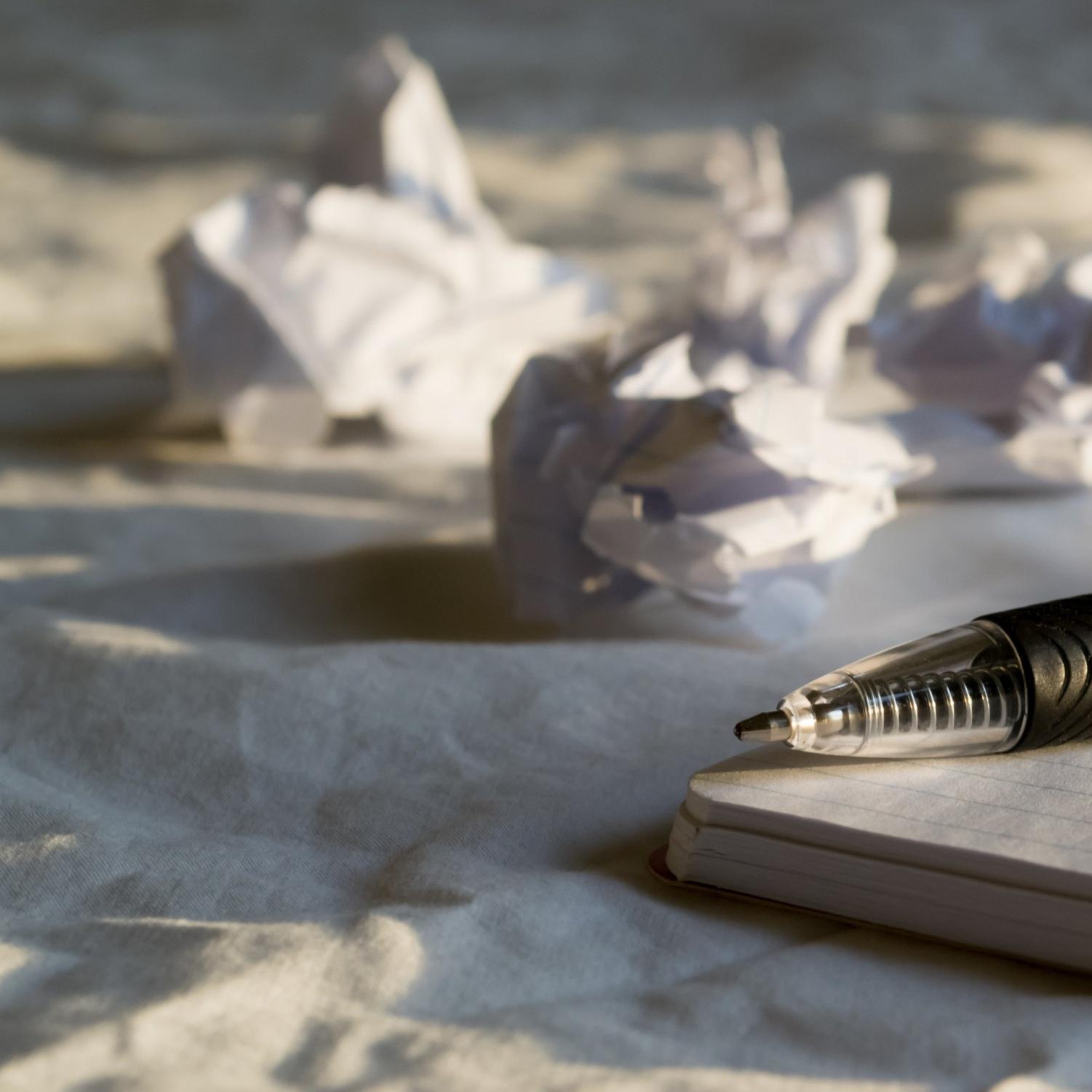 5 tips to get you back on your way

Whether you’re in grade nine and only just learned that PPE does not stand for Personal Protective Equipment here at King, or you’re ready to salute Kinglish goodbye, you have probably suffered the value-added stress of writer’s block.

You know the feeling. You thought you finally found some momentum, but it turns out both your controlling ideas are pretty much the same. Or you have managed to crawl your way to the conclusion but haven’t a clue on how to “restate” your points without repeating the same thing over (apparently those are different).

Whatever your particular condition may be, consider these five tips the next time you find yourself in a creative block:

There is very little that physical exercise cannot help cure, and writer’s block is no exception. Simply going on a walk or doing some light yoga can get those ideas (and your blood flow) going. At the very least, it will give your mind a break, so you might just come back to some newfound clarity about what it is you are writing.

Ideally, this walk would take place in nature, just to really it hit from all sides.

Even after taking breaks you have not managed to put down a single meaningful word, it may be time to do the opposite: sit down and write anyway. It doesn’t have to be brilliant or cleverly written; it just needs to be words… that hopefully make some sense.

Authors big and small swear that the only way out of writer’s block is by writing. This is because often what actually prevents people from writing is worrying that it’s not good enough. But would you rather have something that you can improve or nothing to show at all?

According to Mr. Kim, who teaches English and Writer’s Craft at King, what’s important is that you have something down on paper. “After you have an initial idea, write your first draft quickly. Don’t worry or slow down for spelling errors, idea flaws, poor diction, or a lack of flow,” Mr. Kim says. “Just get it down, and then revise, re-write, re-organize.”

This may also ease the anxiety of an approaching due date because, visually, you see that you are done. Edits and improvements come after.

This may not be an option for in-class essays, but if you are at home and find your ideas to be all over the place, pull out some coloured paper or index cards! When making an outline, visually separate your controlling ideas, points, proofs and explanations by writing them on different coloured cards.

Colours and visuals have a powerful effect on the human brain, so this method carries better potential to stimulate your mind than staring at words on a screen. Plus, you can easily move ideas around this way without the need to rewrite whole paragraphs.

It may come as a shock, but how much you read affects the quality of your writing. Say after doing all of the above you still can’t find the words, it may help to find inspiration from another piece of writing. This does not mean plagiarize or do anything of the sort, but spending some time immersed in an article, comic, blog post or story may help your flow as well!

Believe it or not, your English teachers want you to do well on the essays. If you are truly stuck or are concerned about your ability to complete an assignment, communicate that with them. They will surely appreciate you asking for advice or an extension than you showing up empty-handed on the day something is due. This applies to most of your other teachers as well, so it is important to keep them informed of any difficulties you might be experiencing.

If you have any tips on dealing with writer’s block, leave it in the comments below!